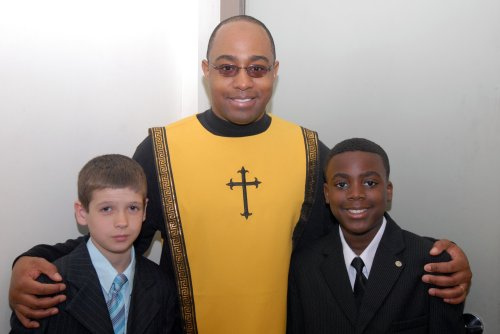 The City of Chicago is erupting in violence and we demand solutions now, Mayor `Dick Tater` Daley and Jody ` Eyeballs` Weis are going to purchase weapons like machine guns and war wagons to quell the violence. Millions will be spent on “experts” and consultants. The Governor of Illinois is now getting into the act. Remember, Chicago Clout warned Chicago about the impending doom long ago. Patrick McDonough, a plumber for the Department of Water Management works on the west side of Chicago, saw the trend of violence early on. I was happy to hear from Reverend James Allen, an emerging leader that has solutions to the problems in the street. I am hoping Frank Avila, the host of Chicago Clout will make time for a Can-Tv show soon. The Daley Administration needs to sit down with Reverend Allen and assist him with his desire for a peaceful end to the violence in Chicago’s streets. I am not happy with the continued failures of this administration. Contact my Westside friend and help with a peaceful strategy. Mayor Daley want the guns off the streets, I suggest finding out who is supplying the drugs first and let’s get some good jobs for the kids.
Please help: Revered James D. Allen Folks and People Nations (Strategy for Peace) 773-378-6775 or SEACInternational@teamfca.com Photo by Patrick McDonough