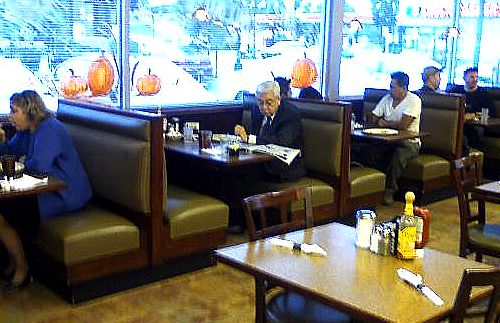 Chicago Garbage men and women are under attack by the Chicago Inspector General. Make sure you read this article by Fran Spielman. The all new Chicago Inspector General is developing a reputation under David Hoffman for giving a better bang for a buck. My biggest problem is Mayor Daley purposely underfunding both the I.G. and the Chicago Police Department. Yesterday, the Chicago City Council approved a multi-billion dollar Midway Airport deal. I just do not understand why these Aldermen in Chicago just do not do their jobs. Daley has been handed too much power, the checks and balances are just not in the system. This Alderman has a part time job with full time pay. I have advocated for a long time the large amount of Aldermen in Chicago, this dilutes their power. We need just 25 Aldermen, not a single one more. Back to the trash men and women in Chicago, I do not fault you for taking needed breaks; you deserve every penny you receive. If you have ever followed behind a garbage truck in the summer, the smell from rotten food, watching the sloppy water gush around, maggots and filth is enough to make a sewer worker gag. If you need a break take one. Daley will use this to advance his anti-union cause, which is a shame. I have watched Garbage men and women drive down narrow streets earning every penny they get. Private non-union trash haulers in the suburbs will not have to live in the City of Chicago, they will not be required to abide by the Chicago Residency requirements. The Inspector General have never verified the 50% residency laws private contractors must abide by, and they have never punished private contractors that provide false and misleading addresses. I hope when the smoke settles, David Hoffman looks at all the bosses of these workers and fire these 11th ward bums. I also hope the ones drinking on the job and sitting at home are also fired. Mayor Daley misuses his office, having the wealthy pay his way all over the globe, so the workers are following his selfish example. I think the I.G. should be given the power to investigate the Aldermen now, this chap is making over $100,000.00 a year eating breakfast, while the poor Mexicans in his ward are losing their homes.]]>October 9, 2008
BY FRAN SPIELMAN City Hall Reporter
Chicago garbage collection crews work fewer than six hours a day — and get "paid to do nothing" for 25 percent of their time on the clock — costing taxpayers at least $14.3 million a year, according to an internal investigation denounced as a "witch hunt."
During a 10-ward, 10-week surveillance, Inspector General David Hoffman found that waste and falsification of time in the Bureau of Sanitation is "systemic and pervasive and extends to all wards," aided and abetted by poor supervision by layer upon layer of middle management.
RELATED PDFInspector's report on garbage crews
Laborers and truck drivers whose movements were eyeballed and tracked by undercover investigators were found to be in bars and restaurants, relaxing at home, sitting in their cars or standing around drinking and, in one case, urinating on the street when they were supposed to be hard at work.
Of the 145 laborers whose daily movements were tracked, investigators "did not see a single laborer doing a full day's work." The worst ward had crews slacking off for an average of two hours, 28 minutes a day. In the best-performing ward, laborers were paid to do nothing for one hour, 38 minutes.
When the cost of employee benefits and the price tag for maintaining and fueling trucks is factored in, the annual waste citywide approaches $21 million, the inspector general found.
The malingering is so pervasive, the city could pick up the same amount of garbage with 25 percent fewer employees, provided the survivors work a full 8.5-hour shift with 30 minutes off for lunch.
Hoffman identified "extremely poor supervision" as the "principal cause" for the waste and fraud that Chicago taxpayers can ill afford.
Streets and Sanitation Commissioner Michael Picardi said he was "disgusted" by the findings.
Picardi said he summoned his 50 ward superintendents to a late afternoon meeting, where he read them the riot act and warned of disciplinary action.
"I'm appalled by these findings," he said. "I want to send a clear message to all the employees included in this: You should worry about your job."
But Picardi described the malingerers as "a few bad apples" and insisted that "most" of his 3,000 employees ''put in a full day's work."
"I'm not going to resign. . . . The team doesn't have a lousy record. The team just won an award for national snow removal for the first time in the department's history.''
Lou Phillips, business manager for Laborers Union Local 1001, said it's no accident that Hoffman issued his report at a time when hundreds of laborers are targeted for layoffs to ease a budget crunch.
"Sounds a little bit like a witch hunt to me. They're laying off 1,080 people. Over 300 are members of Local 1001. Read between the lines," he said. "It could be a downed truck. It could be between loads. There's a number of different situations" that could cause down time.