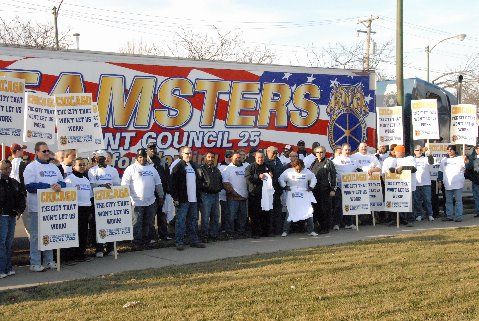 I have taken a few days off to relax and get some private time. A soon as I as took time off to recompose myself, several situations emerged. A current Chicago employee feels he is followed and is harassed by management. We a currently helping this person get the help needed. Some bosses think they can muscle employees, they have not been properly trained, just promoted because of clout.
Another issue indirectly involved Emory Joe Yost, a personal friend of mine. Kevin Long was allegedly attempting to take knives into a Daley Center in Chicago. Joe was mentally and financially tortured by Kevin Long for years. In Chicago, employees are denied promotions when they stand up and protect the taxpayers and the children. I believe the Chicago Park District behavior against Emory Joe Yost has been criminal and retaliatory. The Chicago judicial community is tightly wound and when Kevin Long pulled his tricks on one of their members, it was finally time to apply the long arm of the law. I think the Chicago Park District owes a great deal of gratitude to Joe Yost. If you review some videos we have on Chicago Clout, you will see we touched on the Kevin Long situation months ago. I thank the Sun-Times Staff for interviewing Joe.
During my rest break, I really noticed some differences in America. I noticed many signs for massages, x-rated material, and lotto sales. Many of the billboards are blank or in disrepair. Many of the hotels are out of business. Gas stations are filthy and the bathrooms stunk. Some the hotels and motels were partially demolished and abandoned. Route 41 in Sarasota was loaded with crime and felt dangerous. Many of the thriving businesses are gone and boarded up. Vacant land, abandoned homes and businesses, property values destroyed all over. I missed all the prefabricated homes and the new boats that were towed down the expressways. I was amazed by the lack of crowds at the beaches. The roads had dead animals and truck tires everywhere. The level of service has dropped. I wonder where America's wealth has gone.
When I got back to Chicago, I had a pair of fresh eyes on things that need to get accomplished. Chicago is clearly working in a panic as the impending ax must fall and City Workers will take the brunt of the blame and terminations. I noticed unmarked cars following crews with their clipboards taking notes. Bosses are harassing workers and Daley has every department clearly in a panic. It is hard to determine if the new management style of the new Inspector General will ever match the professionalism and independence of David Hoffman. The legal fees to Daley's private contracted law firms are going to go through the roof defending lawsuits as City employees mistrust of unions continue. The Daley Administration is attempting to discredit workers and play the blame game to cover the years of mismanagement. This is going to be a amazing year in Chicago politics.

Not a day goes by when another Chicago Taxpayer faces unemployment. Anyone upset by the loss of their job should watch Moore Landscapes of Northbrook spruce up the landscaping for his majesty King Rich Daley, Mayor of Chicago. While Chicago Taxpayers feed the meters, this contractor has special passes issued by Daley to avoid feeding the meters. In fact, I noticed this contractor illegally parked at Chicago City Hall. I asked the lady from Revenue if she is going to give them a ticket. She ran away and than Chicago Police asked me why I was allegedly harassing the ticket lady. The police officer was very polite and I explained the truck was illegally parked and I asked her if she would write Moore a ticket. I explained the revenue lady raced around city hall on the south side of the street writing tickets to everyone but this contractor. The Police officer said the Revenue lady has the option to write a ticket or not write a ticket. “It is at her discretion”. So the next time you get a ticket for anything in Chicago, challenge the ticket. Bring this picture to court. Photo by Patrick McDonough

The Department of Water Management had a visitor back at the Jardine Plant this morning. He was blocking the front entrance with his big black BMW. Rumor has it he smells a job opening at the Department of Water Management left open by a fired commissioner. I guess Mayor Daley might be pulling the race card in filling these openings instead of hiring a college educated licensed engineer. Mayor Daley has a habit of filling a position with someone of the same race which makes no sense. In a related story, Fran Spielman reported Alderman Austin does not want an Inspector General snooping around the Chicago City Council members. I think she might change her mind when she is done unloading more family and friends on the city payroll. The Department of Water Management has a mess in the payroll department with many city workers shortchanged on the paycheck week after week. Workers complained some payroll department employees are not trained or capable of handling the job. A large amount of complaints were unearthed in the files cabinets of a terminated water department employee. This is another version of the old "circular file". Bosses said they will get back to me soon, some employees leave at 3:00 p.m. and making less clouted workers stay until 3:30p.m. Thanks to the bosses in Central District for looking into this matter.

The City of Chicago Teamsters Local 700 will allow their leaders to strike if the need arises. The final tally is from about 2000 ballots sent out. The good men and ladies voted 753 yes to authorize leadership the ability to strike if needed. 248 voted no because they do not wear the pants or dresses at home, and 7 ballots were considered spoiled. This is the unofficial tally as of a few hours ago. When you give men and women the ability to make up their own mind and not cave-in to bully demands like other unions, you have freedom. Time to follow in the footsteps of Chicago Teamsters. Photo by Patrick McDonough