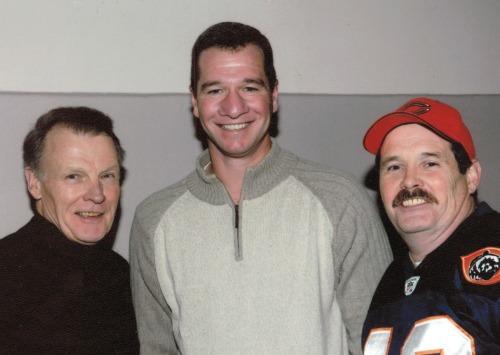 The Chicago Occupy movement is moving forward with a lighting pace. The City of Chicago has many residents with no future and a dismal job outlook. The tax base in Chicago is maxed out, and the Rahm Emanuel gang is ready to sell assets to Rahm’s cronies. I thought Rahm would be different than Daley and his goons, but he got a taste for the high life. This is a picture of Johnny ‘Da Nose” D’Amico. Johnny is a State Representative and a full time Chicago Department of Water Management employee. While people starve, John D’Amico drives a blue Water Department truck around and has been seen outside his district. That is OK because he is a made man with Rahm Emanuel. John was sent out to scout for Rahm long before the public was aware of the fixed mayoral election. Johnny is with Michael “pasty face” Madigan. Lil Mike knows the ole double dipping routine as well as Johnny D’Amico. These two goons are with a Local 130 dude with a horrible hair die job if ever I have seen one. This goon testified to the FEDS about fixed Plumbing Licenses in Chicago. This little fraud by the James Sullivan goons and the Plumber’s Union is unraveling at a Hearing for Dean “Mia Tai” Slawek. I am also happy to report a major victory by Tim Novak and the Chicago Sun-Times for their coverage of David Koschman. Everyone should have their fair day in court. Thanks to that brave judge for helping a mother’s worst nightmare. Photo improved by Patrick McDonough.