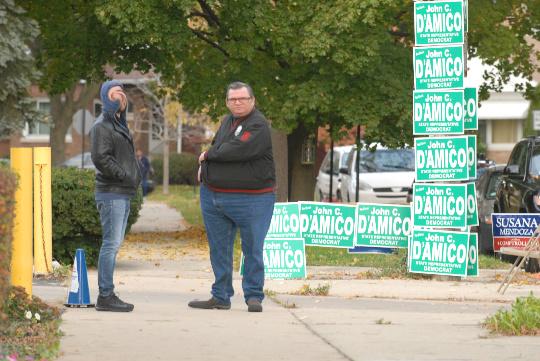 John D’Amico was not happy when the cops were called as he was electioneering for the D’Amico and Laurino family and interests. The authorities were called because James was on the wrong side of the cones, or less than 100 feet from an entrance of a voting precinct. Last time James D’Amico was on Chicago Clout, he was smoking. Now he quit which is good, but he is very plump. Thanks to John C. Amico, big Jim keeps getting out of trouble.
Little work and big pay. The D’Amico way. No wonder why Hillary lost the election!!!!