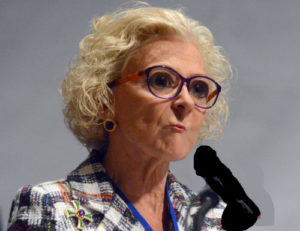 Many Chicago Catholics are looking forward to Anne Burke to take over the Chicago Catholic ongoing problems she failed to fix last time she attempted. Again, Chicago Clout wants to tell Anne, stop looking the other way when your husband is shaking down vendors in Chicago for political donations. Anne, you stink as a justice, and you are in no place to tell anyone right from wrong. Anne is a justice because eddy made the call, the Chicago way. Pay to play, the only God the Burke’s pray to. I have a quick fix if you want to stop the Catholic Priests from molesting your children, stop going to Catholic Church and schools. You can’t change a sex pervert any more than you can change the Burkes. Talk in the mic Anne.