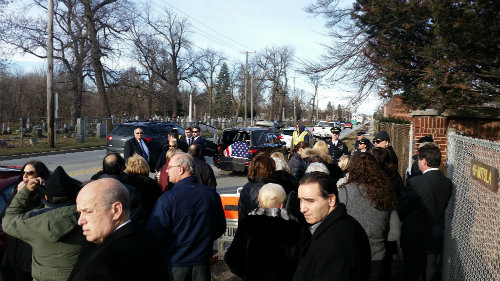 Farewell Bernard Stone, my friend. Many folks will never know the amount of knowledge we have at Chicago Clout because we are friends to all. One of my friends was Berny Stone, former Alderman of Chicago’s 50th Ward. Berny became a fast friend when he was running for re-election several years ago. Bernie was shocked at his former friends making a move for his position. He was on Chicago Clout T.V. show and we were friends ever since. I became friends with is son Jay Stone a brilliant researcher. I enjoyed lunch in Lincolnwood after Berny and Jay went to a movie, usually on Saturday. I just recently called Berny at his birthday. Bernie to his end was brilliant man, so much knowledge. He forgot little and his political knowledge would have been a goldmine for the Feds. I never printed our confidential talks but I hoped Berny was going to write a book. Berny did not like Joe Ferguson, the Chicago Inspector General and sell out to all city employees. The services were at Chicago Jewish Funerals in Skokie. It was standing room only and a plain simple room with a stone background. This was my first Jewish Funeral and the simplicity was amazing. I saw many heavy hitters in attendance including Mel and Chicago Mayoral Candidate Bob Fioretti. Missing were many folks that I know owe Berny their jobs. Berny went to bat for many Chicago City Employees. After the service was the interment at Waldheim Jewish Cemetery in Forest Park. The drive from Skokie included driving through many of Rahm’s Red Lights, the flashing made me think Berny got his last laugh. Rahm will not collect on these tickets!!!! At the Interment Berny was laid to rest and then those in attendance were taking a few shovels of dirt on placing on top of his burial vault. I was asked by a younger person if I wanted to also place dirt on the vault, but I was not Jewish, and afraid of insulting anyone. I did my best to keep it together, but inside it was rough. Berny is a rare politician that spoke the truth. He also made his friends feel like they are his most personal, best friend. I wish more politicians had his skills, to know Berny is to love him. Rest in peace, Bernard Stone, you did well. With Love, Patrick McDonoughBernard Stone Funeral Information.pdf