Leven: Put Responsibility for Compensating Injured City workers in the City’s Hands
Chicago is the only major city to pay injured workers out of its legislative body. Changing that could be something for some enterprising aldermanic candidates to champion.
By Rachel L. Leven August 3, 2018
Perspective

Pop Quiz: Who manages the annual expenditure of more than $100 million to approve and compensate city workers for on-the-job injuries? Is it the head of human resources? Nope. Maybe the city’s top lawyer? Try again. Then it must go straight to the mayor? Wrong. It’s the finance committee of the city council. And virtually everyone knows, it shouldn’t be.

Chicago is the only major city to pay injured workers out of its legislative body. For example, in New York City, the function is located within the legal department. In San Francisco, Houston, and Los Angeles, the function is in the human resources and personnel departments. The way Chicago manages its program enables a lack of transparency, poor oversight, and a shirking of responsibilities to both workers and taxpayers.

Let’s start with transparency. The Corporation of the City of Chicago and its employees are subject to the Illinois Freedom of Information Act. The extent to which aldermen are subject to FOIA is a much more complicated question, according to Better Government Association counsel Matt Topic. A benevolent committee chair could decide to make sunshine the default, freely providing appropriate records when they are requested. But, as long as claims are paid by the city council, the chair – whomever is sitting in the position now or in the future – gets to make that decision.

The shadow extends to oversight. According to its jurisdiction, the city’s Office of Inspector General should be able to investigate misconduct within the city council. However, audits of the city council were specifically carved out from the inspector general’s powers. That means the $100 million plus spent on injured workers annually is not something the office can proactively monitor or audit.

And, it’s not just the inspector general, the workers’ compensation program historically has been a black box for the city’s administration too. Even though the city provides funds for workers’ claims from its own coffers, according to a 2016 inspector general report, the city’s law and finance departments did not have direct access to the workers compensation claims data kept by the city’s finance committee. So who ultimately is responsible for managing taxpayer risk and improving workers’ health? Not the city council. They only process the claims. They don’t run the city’s services, training, or human resource operations. It’s the city administration that is responsible, which is exactly why it’s city managers who should run the program, not lawmakers.

A lawsuit recently was filed by Jay Stone and Patrick McDonough arguing that the placement of the workers’ compensation claims program within the city council violates the separation of powers outlined in the U.S. Constitution. Jay Stone is the son of former Alderman Bernie Stone and was awarded $75,000 after an independent monitor found city workers helped defeat him in his own race for city council. Patrick McDonough is also a former political candidate and an injured worker who believes the committee mishandled his claim. This is not the first time the pair has made a run at the finance committee’s powers. It remains unclear if this attempt will be any more successful than previous ones.

However, Stone and McDonough aren’t the only ones concerned about the placement of workers’ comp, just the most dogged. A 2016 city council resolution called for hearings on the subject. It had two sponsors and went nowhere. Changing who oversees workers’ comp claims is not an easy sell politically and would take the support of some powerful people in the city council and the administration or a demand from residents. But an election is on the horizon, so maybe it’s time for another attempt at taking workers’ comp away from the finance committee. This could be a good government change for some enterprising aldermanic candidates to champion. 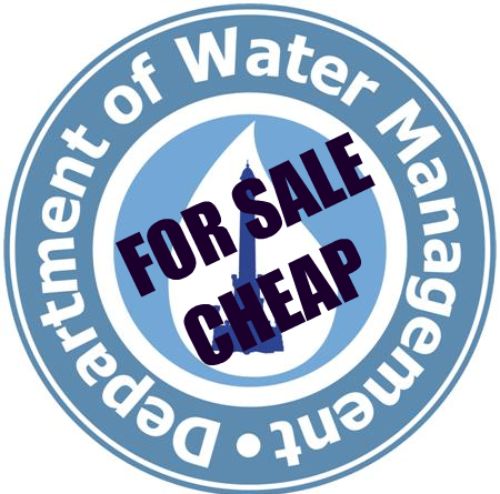