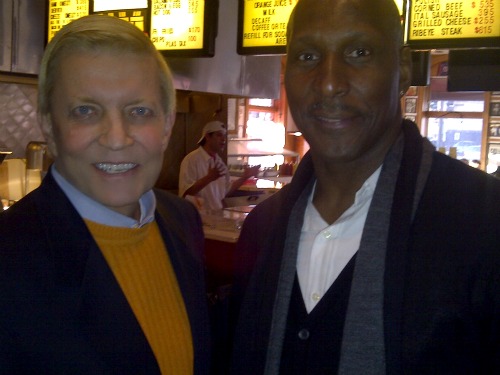 Many folks in Chicago will never forget the Super Bowl Champions Chicago Bears. It was a special moment in Chicago history. Today I took a picture of 2nd Ward Alderman Robert Fioretti and Football legend Otis Wilson. I raced to The Billy Goat Tavern and Grill at 1535 West Madison Street from work. I also met many democratic political stars. I will have more on this later. Make sure you support Alderman Bob Fioretti, I will make the endorsements since the Chicago Sun-Times got out of that side of the business. Otis Wilson still looks like a stick of dynamite!! Photo by Patrick McDonough