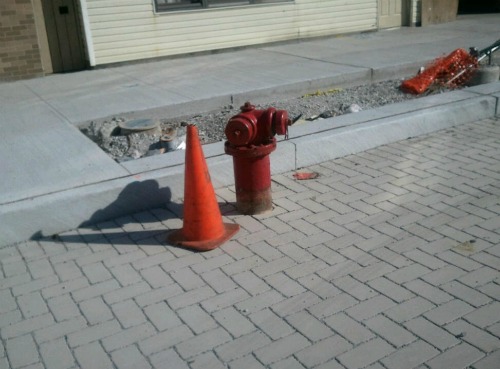 2249 South Blue Island in Chicago is another example of Rahm Emanuel’s privatization. It is also another example of poor leadership and waste of taxpayer money. This Fire Hydrant should have been moved a long time ago. Many of the phony minority companies, Daley contractor pals do not know when to coordinate and schedule work. Now Chicago Department of Water Management will need to move this Fire Hydrant destroying brand new work causing embarrassment. A Fire Hydrant in the middle of the street, now that is really stupid. It is time for Commissioner Powers to start firing deadbeats at the Jardine Plant. Call the newspapers, this is a story. This job will always look like crap from now on. Back charges are in order. Patrick McDonough. Thanks for the pic my Southside boyz.