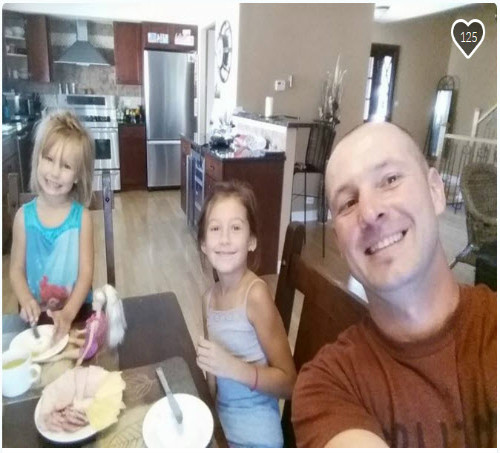 Mayor Rahm Emanuel embattled staff received orders to fight the Workers Compensation Claim of a dead Chicago Department of a Water Management employee. Emanuel demanded not a penny to be paid and a private law firm to fight the case. Emanuel also stopped Chicago media not to follow the funeral and wake of Konard Tucharski. Per a high-ranking North Side Chicago Superintendent, Konrad did not live in Chicago. Konrad allegedly lived in Mount Prospect with his wife and two children. Chicago Inspector General Joe Ferguson has kept quiet.

Konrad Tucharski was a City of Chicago Bricklayer working on the street without proper shoring. None of the employees knew what to do when the street fell in on him and left Tucharski with a closed casket funeral on February 17, 2017. Pictures of the crime site at Sauganash Avenue showed the crew did not have proper shoring. Chicago Clout has seen Chicago Department of Water Management working in ditches 20 to 30 foot down with no shoring and no exit in case of an emergency. Fire the Commissioner Now. Rahm will not fire his pal that goes to hockey games with him.

We at Chicago Clout are asking Mayor Rahm Emanuel to stop his crazy investigation NOW. We want a settlement in full to this family. We are asking the street name of Sauganash Ave to be changed Konrad Tucharski Avenue. City of Chicago full time employee John “Hired Truck” D’Amico who is also a full-time Illinois State representative can make this happen in a phone call. This is Laurino turf. Let’s get this done. We are also asking Joe “cupcake” Ferguson to back off the residency investigation of Konrad Tucharski, he gave his life to Chicago, that is enough to ask of anyone.

For almost two decades, the City of Chicago Water Department has allowed City workers to work in ditches with no shoring. Just a few days ago, Chicago Clout, exposed for the hundredth-time City Workers are injured on dangerous work site. Chicago Unions such as the Plumbers Union, Bricklayers Union, Laborers Union watch worker and worker end up in the hospital and Chicago Taxpayers are on the hook for millions in Workers Compensation Benefits. I am asking the City of Chicago fire the persons responsible for the ongoing fraud that is allowed day after day. Chicago Clout has filed multiple complaints with the Chicago Inspector General and the Illinois Department of Labor.

All these complaints and files are going to the family of Konrad Tucharski so they can get facts on the cover-up. Chicago Department of Water Management employees were overcome with grief at the North District Yard. I am sure they realized they could be next. Workers watched a gruesome site as Konrad head exploded and popped when the street fell from the sawcutting and dangerous conditions. The Forest Glenn Neighborhood is infamous for the sandy clay mix of soil known as LOAM. Loam is a mushy mix of sand water clay and it is very dangerous to be in.

The North District yard under direction of alderman Tunney’s boy toy Paul Hansen, will allow Foreman to continue filing false Trench safety reports. Per several sources, Paul Hansen did nothing to console workers or demand the use of shoring.

The foreman routinely attach trench boxes behind their trucks that look as clean as a whistle. Also in recent testimony destined to court soon, the foreman are installing broken pieces of wood and wooden boards to imitate proper shoring. The City of Chicago Central District has massive piles of proper shoring that was broken to pieces by hoisting engineers upset they need to do extra work for safety.

The City of Chicago Department of Water Management has fought the Illinois Department of Labor on every fine imposed. Enough is enough. Rahm need to fire all employees that allow the death to happen. Many workers will need psychological care from the carnage they witnessed. Now we need to monitor, Alderman Burke and the Committee on Finance to make sure they do not screw the family from benefits they deserve. Rest in peace Konrad Tucharski. You deserve justice.