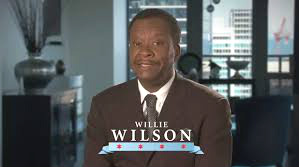 City of Chicago Mayoral Candidate and frontrunner for the 2019 Chicago Election came out strong for a Federal Lawsuit filed against Mayor Rahm Emanuel and Alderman Edward Burke. The Chicago Tribune completed an editorial exposing Rahm Emanuel and Alderman Burke for mismanaging 100s of millions of taxpayer dollars by Chicago Workers Compensation dictator Alderman Burke. The tribune called out mayoral candidates to address this issue.

Willie Wilson is the first Mayoral Candidate to address the Federal Lawsuit filed by political activist Jay Stone and City of Chicago employee Patrick McDonough. Doctor Willie Wilson is no stranger to the attacks of Chicago Government insiders attempting to discourage his exposing the corruption that has almost brought Chicago to its knees. Doctor Wilson, a famous and long-time humanitarian, gained notoriety recently helping disadvantaged folks pay their outrageous tax bills and speeding tickets that feeds the elite insiders’ wallets in Chicago. Doctor Wilson was accused of attempting to influence Chicago Voters, an outrageously false charge. Insiders make these charges to take away the good intentions of a man blessed with financial success and business accouterment.
If anything, Mayor Rahm Emanuel and Alderman Burke should be brought to the table for refusing to give generously to the needy. Rahm and Ed squirrel away every penny they can and will not change. What a difference. The taxpayers will see through this.

Doctor Willie Wilson feels this lawsuit filed by Jay Stone and Patrick McDonough appears well justified and Emanuel and Burke should be investigated to the full extent of the law. Wilson further believes that the attorney general should join the lawsuit and be part of the investigation.

Dr. Wilson believes there is a great deal of mismanagement in the City of Chicago under the current administration totaling in the billions of dollars. This 100-million-dollar (workers comp) fund is just the tip of the iceberg.

Dr. Wilson also applauds the Inspector General of the City of Chicago for his new transparency initiative involving a searchable database on the internet. It’s more than past time for the public to be able to see where their tax dollars are ending up. Dr. Wilson believes the Inspector General is an important part of the management of the city going forward and intends to support his efforts into the future.