Thank you to everyone that takes my advice and continues to protest at Rahm Emanuel’s home in the 4200 Block of Hermitage. The major newspapers in Chicago will not cover the protests as they seem to still be under the control of Rahm. Chicago is still a killing field due to the lack of jobs in the west and south sides of the city. Chicago is slowly rotting and the union workers are taking the fall. Rahm Emanuel is now privatizing, busting unions, and working with Quinn to destroy the middle class in Chicago. These goons just want a bunch of losers gambling away their minimum wage paychecks hoping to hit it big at the casino. Watch the way the Chicago Alderman vote when the Midway Airport deal comes across the table. I am ready to run for Alderman again and cost these “rubber-stamps” more money. I was hoping Rahm would be a better mayor then Daley, and he is, he just needs a Harold Washington playbook.

The Chicago Gay Pride Parade has some tires slashed by some 11th Ward goofballs. Almost every reporter in Chicago felt a need to defend the gay community. They were so outraged. The big quote was Kelly Cassidy just another political hack from the Andersonville and appointee because she is gay. She replaced Harry Osterman, another one trick pony that never did a mentionable thing in the state house. Both of these goofs will not debate and hide behind the Democratic Party. Both are professional victims, making a republican ransom for their services. I wish the reporters would just talk about the Gay Community's agenda and what they are trying to accomplish. I think the Gay community is a little farther along than the press gives them credit for. I just want to know how this could happen with new Mayor Rahm Emanuel? Where are the cops we were promised? Good night dudes.

Bess in Mary Ann Smith's 48Th Ward office got another call because Herman osterman is leaving his campaign signs in the public way. Harry try and show some class for once, keep your signs off the public way. I know in the Conrad Suerth in streets and Sanitation yard will make sure the signs are taken down right away. Looks like another Shakman Violation.

Many folks in the 48Th Ward want to know why Harry Osterman is scared to debate Patrick McDonough and Philip Bernstein. The Chicago Democratic Party is none the better thanks to Carol Ronen and the insiders that do not want to talk about issues. This is par for the couse in the 48th ward playbook. Man up Harry Osterman and talk about issues. I invited the sneeky boyz at the Edge Water Community Buzz to moderate. Lets see what they do. Did you see all the police on Broadway busting everyone last night? What a change of pace in the 48Th Ward.

The 48th Ward Democratic Party will be meeting on February 5th at 2 p.m. at Margate Park Field House for the purpose of making an endorsement in the race for Alderman.
Patrick McDonough is running as an independent. I am not one to pass up a beautiful woman's invitation, and I do not intend to change! I will not attend the event, thanks for the invite. 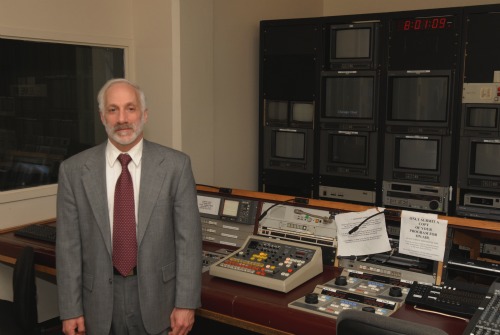 Tonight was all business for Joe Guzzardo when it comes to his 48Th Ward in Chicago. Joe joined Jay Stone a mayoral candidate, and Patrick McDonough another 48Th friend, into the ward issues. The video will soon be on CAN-TV in Chicago. Thanks Joe! Photo by Patrick McDonough