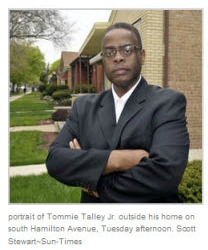 Municipal Employees’ Annuity and Benefit Fund of Chicago at 321 North Clark Street, Suite 700 Chicago, Illinois 60654 welcomed Tommie Talley today. Tommie was removed after a disgraceful employment at the City of Chicago Department of Water Management. Must have been Tommie ordering City Workers to make free repairs at the Daley’s 11Th Ward Church that sealed the deal. Tommie then marched over to the County until Dane Placko busted him on Fox News Chicago. Tommie had some serious clout for a long time. I do not think criminal activity should allow folks to collect a pension and Tommie Talley is much too young to collect money for nothing. My inside guy told me Tommie was going to buy a Subway Franchise and make a go of that years back, guess that failed also. I know when Tommie Talley sent a worker to the Central District for retaliation; he did not look over his back for payback. I am against Tommie Talley taking any kind of money from the taxpayers after his lousy work at the Water Department. We need some real detective work to find out what is going on. The scoop was given to Chicago Clout January, 18, 2012 by one of our detectives. Chicago Clout is everywhere, we are after you next, “snicker”. Maybe Tommie can stop by Dean Slawek’s attempt to sneak back into the city with his highbrow gun lawyer. The scam starts on February 10, 2012. Watches out all you unemployed Chicago Plumbers, go to City Hall 11Th Floor 10:00 AM. See if the James Sullivan sells out the Plumbing License Law for a doorbell ringer. NO MORE SCAMS CITY HALL. Where the heck are the FEDS?

Maybe it is time to call State Rep. John “No-show” D’Amico for a job. I hope the Chicago newspapers interview John “the butcher” Daley. Photo from the Chicago Sun-Times. The Watchdogs. Please read this link http://www.suntimes.com/news/metro/5150518-418/the-watchdogs-fired-as-city-water-boss-now-fired-from-cook-county.html Sorry Tommie, let me know when you remember things, maybe than I can help you. Call John Spatz. Patrick McDonough. 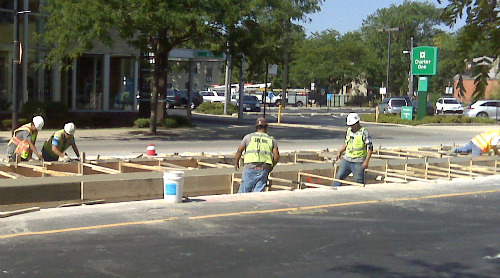 Mayor Daley gives more work to Hispanic workers as Chicago Union Workers sit home and starve. Most people need to look at all the construction sites on Chicago streets. Almost every worker in the North side of the city is Hispanic. Where are the women? Not good enough Mayor Daley? Where are the blacks Mayor Daley? Not good enough? Construction jobs to people just speaking Spanish is out of control in Chicago. Go to the 5700 block of Lincoln in Chicago. See if what I say is true. Look at all these stories below. I am not against Hispanic folks, I am asking about a balance for all people. This is out of control in Chicago. Mayor Daley is out of his rocker. We need the FEDS to overlook all the minority cuts and no bid contracts. Do it now in case the Chicago economy gets worse. You will really have big problems than. Photo by Patrick McDonough