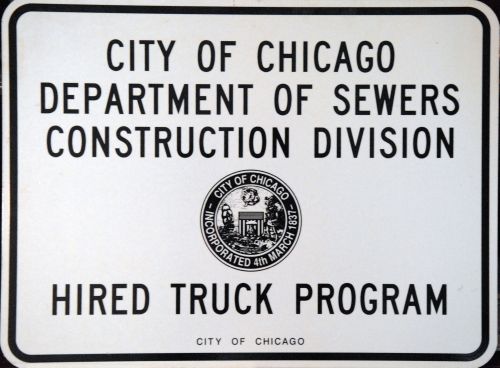 Fran Spielman was back on top of her game today tying in Mayor Daley’s friend and family program, Mike Tadin’s goon enterprises, and the Building Department special inspectors for the 11TH Ward. What do I mean? Tadin an 11TH Ward Goon, is entering into the house building business. If you have money to launder, this is the business the IRS is too uninformed to watchdog. Fran Spielman also put together theft of water from the Chicago Fire Hydrants. Amazing. It seems to me the pieces are almost all together in the Tadin, Daley, Water Department pimps and players. The script; if Tadin is going to build home, all the city building inspectors on the project know to find nothing wrong. This project needs to be watched by the Office of the Inspector General with a close eye. Tadin made millions with his scab trucking company; expect unions to shy away from enforcing a 100% union worksite. The part of the story Fran nailed was related to ABC 7 News special with Plumbing Inspector/ Whistleblower John Swietczak exposing the stealing of water from Fire Hydrants. Chicago Clout also demands an investigation into the way the fines were imposed by the Department of Water Management against contractors caught pilfering water from Chicago taxpayers. Michael Tucker, son of retired Plumbers’ local 130 enforcer Paul “RC” Tucker, had his plate full yesterday with an all day Building Department meeting at Chicago City hall. Michael Tucker got a nice ride up the promotion ladder, and needs his workload increased. Chicago Clout also demands a review of the websites he has visited the last few years. Chicago Department of Water Management brass has failed again enforcing rules and regulations. I say fire all the goons Daley sent from the Police Department to hush to dissention at the Water Department. Feel free to ask Michael Tucker how he got his job and promotion and make sure you call 1-312-744-3764 if you plan on taking water from a Chicago Fire Hydrant. See attached story below. Photo by Patrick McDonough.]]> END_OF_DOCUMENT_TOKEN_TO_BE_REPLACED

look forward to a new Chicago Clout T.V. show just a couple of weeks away. I decided to have Michael Volpe on the show because people need to understand corruption from a fresh perspective. Our viewers at Can-TV want a viewpoint from someone that does not work for the City of Chicago. Fair enough. We are going to re-explore the Hired Truck Scandal and the Hiring Scandals that have plagued Mayor Daley and his Administration. We are also going to look into the Chicago unions, make a determination of their actual value to the Chicago employees. We are again making an invitation to Journeymans' Plumbers Local 130 to appear on the show and tackle the tough questions. Any unions representing Chicago employees are welcome. Dennis Gannon let his slip show with the pension mess, a possible conflict of interest? Special thanks to my 726 Teamster pal for the "Mayor Daley" tee-shirt. Patrick McDonough.