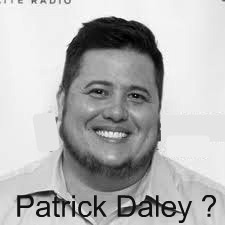 It is time for Cardinal George to retire
For many years Cardinal George has slipped to almost irrelevance in Chicago. No doubt looking the other way as the Daley family goon squad wreaked havoc on Chicago. The Daley family made absolute certain the Catholic Church of Chicago was not part of their public persona. I never saw Richard Daley in Church unless he was attending a funeral for a dignitary. Daley used the Catholic Church when his wife was corpsed recently, hoping to aggrandize Maggie Daley’s importance to the City. Chicago did not respond and the attendance was very low. Patrick Daley who looks almost exactly like Chaz Bono has never walked a woman down the aisle. Rich Daley used Maggie’s death to showcase Patrick Daley with an opportunity to speak but not answer questions. Cardinal George used this event to promote himself. George is going to attract more attention to the Catholic money making machines in Chicagoland including Mercy Works. When George stuck his foot in his mouth bad talking the Gay community, he really needs to be put in check. The Catholic Church needs new leadership with quiet, strong morality. The Catholic Church needs a leader that makes needed change and throws out those the hypocrites. The Daley family as Roman Catholics is a mockery to the Catholic Faith. There is no room for hate or liars anymore. Chicago is lucky to have a faithful Jewish leader running the ship now.

One of the most important long term accomplishments at the City of Chicago Department of Water Management is the safety of the workers. When I first started blowing the whistle on the lack of jobsite safety, the department refused to make the legally required shoring requirements. Chicago Clout made an entry on shoring October 30, 2007. At that time I was happy some progress was made. I was also very upset because the Office of the Inspector General refused to get involved. What greater savings than reducing workman's compensation claims by using common sense? If the Office of the Inspector General sends out their Investigators and make sure there is compliance, the scofflaws will fall into line. The old mentality of, "We will get more work done, and shoring slows down the job" is a myth. I was very happy to know the December 13, 2011 Jardine Safety Plant Shoring meeting was also attended by Irene Caminer, the Director of Legal Services with the Department of Water Management. Many at the meeting talked up about their concerns and also want a safer work environment. It is good to have senior management take safety serious. I again want to congratulate Mark Holder as Chicago Clout's City of Chicago Employee of the Year (2011) for taking a rag tag political safety department and making it a department taxpayers can be proud of. An honorable mention goes to Alice Carter in the same Department that said, "We can't take chances anymore". Put this on the record, Chicago Water Department Employees were given a phone number that records the call, use it. If you are working with a boss that refuses to use shoring, that boss will get ten days off, The Superintendent will get ten days off, (except those politically connected), and the person caught in the unprotected ditch. Fran Spielman of the Chicago Sun-Times and I should also get an award for pushing worker safety, but that will not happen. Again, job well done Mark Holder, you have greatly improved the taxpayer's interest. It is no surprise Local 130 never did a single thing to help it's members get safety improvements. Illinois Department of Labor. Story by Patrick McDonough.

A major copper theft was reported out of the City of Chicago Department of Water Management facilities located at 4900 West Sunnyside. Chicago Clout first reported this theft a couple of weeks ago. A pin point theft located $5000.00 dollars in copper used for water services for Chicago’s over taxed residents. For over a decade, I have reported rolls of copper walking out the door and into District Foreman’s side job trucks. Many City Workers were installing water services on the side stealing this valuable metal. In fact, the Office of the Inspector General looked the other way despite police knocking at the front door of crooks. One brash side job included a retire sewer foreman’s personal residence. Witnesses that were on the side job come forward and nothing was done. Pictures taken and sent to the Inspector General were round files. (For the record, The Vroustouris Days) The same Employees are still in the news and regulars for Workman’s Compensation Benefits. The fact the crooks knew exactly which trucks to break into is very telling. The fact that no pumps, tools, or other valuable items went missing is troubling. Not long ago, I was on the phone with Tom LaPorte, the spokesman for the DOWM, he knew nothing about these thefts. I also asked if it was true that Dwayne Hightower busted two high power political laborers staying at home during the workday. Tom Laporte again knew nothing. He said he will look into these allegations. Many City of Chicago Laborers want to know why some 1092 laborers get to take pickup trucks despite the fact they lack the seniority. Some laborers complained laborer sub Forman are paid to run crews but drive the pick-up trucks instead. None of these laborers are subject to random drug testing despite a liability issue, the city waits until they run over someone. Our greatest concern right now is the lack of competent Management at the North District, the lack of non-union management is causing many problems. There is no General Superintendent to oversee Union Employees with political ties. The Inspector General needs to do something now. It is time to fire the folks running the circus. Rahm Emanuel, do the job you were hired to do. Photo by Patrick McDonough