The City of Chicago needs the convention business to not only promote our city, but to provide much needed income to support Mayor Daley and some of the leeches he employs. For over a decade money was flowing into Chicago and no one seemed to care about the waste. I complained about the top-heavy management and the lack of proper certifications to oversee Chicago’s departments. Mayor Daley loaded departments up with political hacks, clowns, and incompetent freaks. To get a promotion, you just needed to understand the political games, understand common sense was secondary, and work extra around the political season. Many of Daley hires are still milking the workman’s compensation claims despite the many inroads we have made for worker safety. The situation at the McCormick Place is paving the way to how Chicago is seen to the rest of the United States and the World, especially China. You cannot keep milking the convention business in Chicago anymore. Let’s review the factors that are sending convention business to other states and cities. The major players in the convention business are high rollers, wealthy, smart, and are business savvy. When they roll into Chicago, they wanted Meigs Field to handle their private planes. These are high class people that are not going to put up with the herds at O’Hare Field. They need to get in and out. Why waste your time on the Kennedy Expressway? The Chicago convention business is run by political hacks that think they are special and above the law. It is run by amateurs and immature morons, period. When businesses go to other cities, they are treated with kid gloves, entertained, wined and dined. When convention executives are in Chicago, they notice the citizens are ticketed and circled like vultures. The red light cameras, the array of high taxes and fees other cities do not experience are a detriment. Taxes for rental cars, taxies, hotels, dining, parking and travel never seem to end in Chicago. Companies attending conventions see no reason to relocate to Chicago. Businesses are like herds, they will continue move in packs away from Chicago. We need to offer some strong incentives to keep conventions in Chicago, hiring Mayor Daley’s friends and family is not the answer. Daley’s has family employed at McCormick Place. Unions such as Journeyman’s Plumbers Local 130 decide which workers work at the convention center instead of a proper application process which could provide better employees. Safeguard the conventioneers by giving management more power to enforce work rules. I think major conventions like the boat show and the car show will stay, but Daley needs to give them incentives like United Airlines tax breaks. I suggest all conventioneers threaten to boycott now for better contacts, Daley will cave in. As I said before and I will say again, keep your eyes open and expose corruption now, before it is too late. Switching subjects, I also hope the incident involving a laborer assaulted by a plumber yesterday at the Department of Water Management is not going to be covered up. I also hope the rise to power by Lemuel Austin from a Department of Water Management laborer to a superintendent’s position at Transportation is just a rumor. I know Daley is an idiot, but does he need another black eye to learn his lesson? Keep in touch; I have another gem on Daley’s son Patrick! Patrick McDonough. 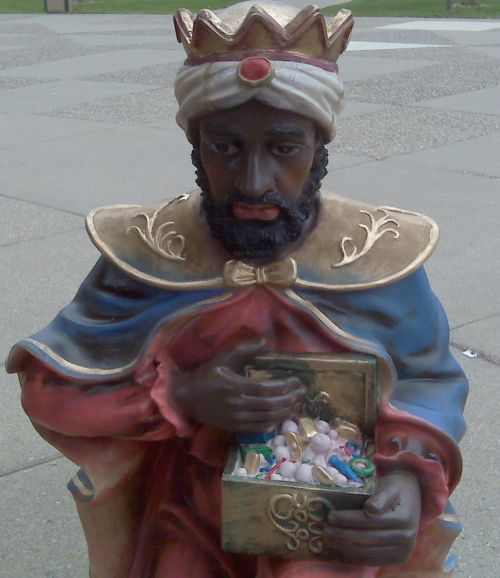 Many people in Chicago spent a decade or more watching Bill Kurtis and Walter Jacobson on channel 2 News. A while ago, I mentioned on Chicago Clout the plans at the news station to bring back the viewers. One of the bright spots at the news station is Dave Savini and Michelle Youngerman. Please watch Dave’s latest story, click here; http://cbs2chicago.com/video/[email protected] I was a little surprised to see Ms. Youngerman come forward on her personal health situation, that was very brave. I hope this channel continues to put the beat down on Mayor Daley and question his motives. Walter Jacobson was in spectacular fashion with his perspective. ABC 7 is still the king of news in Chicago and they have a great staff, but CBS is aggressive and motivated. I think one of these stations should hire a Chicago City Employee to give a fresh perspective once a week, do you? You know a look from the inside; I think I better start on the treadmill for my new post!

Fran Spielman was back on top of her game today tying in Mayor Daley’s friend and family program, Mike Tadin’s goon enterprises, and the Building Department special inspectors for the 11TH Ward. What do I mean? Tadin an 11TH Ward Goon, is entering into the house building business. If you have money to launder, this is the business the IRS is too uninformed to watchdog. Fran Spielman also put together theft of water from the Chicago Fire Hydrants. Amazing. It seems to me the pieces are almost all together in the Tadin, Daley, Water Department pimps and players. The script; if Tadin is going to build home, all the city building inspectors on the project know to find nothing wrong. This project needs to be watched by the Office of the Inspector General with a close eye. Tadin made millions with his scab trucking company; expect unions to shy away from enforcing a 100% union worksite. The part of the story Fran nailed was related to ABC 7 News special with Plumbing Inspector/ Whistleblower John Swietczak exposing the stealing of water from Fire Hydrants. Chicago Clout also demands an investigation into the way the fines were imposed by the Department of Water Management against contractors caught pilfering water from Chicago taxpayers. Michael Tucker, son of retired Plumbers’ local 130 enforcer Paul “RC” Tucker, had his plate full yesterday with an all day Building Department meeting at Chicago City hall. Michael Tucker got a nice ride up the promotion ladder, and needs his workload increased. Chicago Clout also demands a review of the websites he has visited the last few years. Chicago Department of Water Management brass has failed again enforcing rules and regulations. I say fire all the goons Daley sent from the Police Department to hush to dissention at the Water Department. Feel free to ask Michael Tucker how he got his job and promotion and make sure you call 1-312-744-3764 if you plan on taking water from a Chicago Fire Hydrant. See attached story below. Photo by Patrick McDonough.]]> END_OF_DOCUMENT_TOKEN_TO_BE_REPLACED

Almost all the laid off workers from the City of Chicago Motor Truck Drivers are back on duty. Next Monday should put the last stragglers back on Mayor Daley's payroll. Ever have the feeling an election is on the way? A lawsuit filed by Attorney Russ Stewart on behalf of these hard workers is inching along in court. I am proud of all the work I did to help this happen. It took hundreds of phone calls and meetings. I am still waiting for my honorary Local 726 hat. More lawsuits and grievances slated for Daley. Time to clean up the way Daley runs Chicago. This was kept quiet,eh? Patrick McDonough

The City of Chicago had salespeople from a TexasLife Insurance Company, based in Waco, Texas on City property yesterday and also today. MetLife has a sales center, based in Downers Grove, provide representatives to Water department locations “part of Homeland Security”. I was really surprised Investigators we not dispatched from the Office of the Inspector General to investigate. I do not think any company should have an exclusive access to any locations Chicago city workers are located. I also think sales should not be handled on city time. I was led to understand this company has had a very cozy arrangement for a long time with the Daley Administration. If I owned an insurance company, I would like to get my hands on Chicago City workers money. I would also like the fancy arrangement with this private company to have automatic payroll deductions. If you know who is getting a piece of this deal, give Chicago Clout a call. I hope the taxpayers do not mind Chicago City workers getting paid upwards of 50 dollars an hour to pick an insurance plan instead of fixing leaks and broken water mains. I also hope the payroll department stops scamming my payroll in direct retaliation. I have more on this soon. We support all Chicago Veterans and thank you for your service. Photo by Patrick McDonough