Welcome to Clout Street: Morning Spin, our weekday feature to catch you up with what’s going on in government and politics from Chicago to Springfield.

Mayor Rahm Emanuel will soon have a new official heading up the city’s massive sewer and water main replacement program and trying to urge Chicago property owners to switch to water meters.

Barrett Murphy, who’s held various City Hall positions over the past two decades, will take over for Thomas Powers as the man who gets to stand next to Emanuel at periodic press conferences to show taxpayers the benefits of the pipe upgrades they’re paying for with big increases to their water rates. The mayor likes to display sections of old wooden water pipes at such events as the water commissioner looks on.

The water commissioner is also known to Chicagoans as the guy who shows up at water main breaks and sinkholes to explain what went wrong.

Murphy is a deputy water commissioner who worked under Mayor Richard M. Daley in the Aviation Department and as the city’s project manager to prepare for possible Y2K computer problems, a predicted calamity that never came to pass. He will take over for Powers, who stayed on in the top position when Emanuel succeeded Daley as mayor in 2011.

The change comes at a time of heightened concern about the amount of lead in Chicago drinking water in light of the water crisis in Flint, Mich. The city Health Department announced this week it would start testing for lead in water in the homes of children poisoned by the brain-damaging metal.

Health Department officials said they would work with the Water Department to deal with the problem if elevated levels of lead are found.

The Water Department is huge, with about 2,200 employees and a budget of around $1 billion. It has taken on greater prominence in recent years thanks to Emanuel’s signature main replacement program.

“Over the last five years, Tom has overseen an historic investment in Chicago’s infrastructure that has helped to build a better Chicago, and I thank him for his service to the City,” Emanuel said in a statement.

Emanuel said Murphy is up to the task. “Moving forward, Barrett Murphy’s vast knowledge of and experience within the Department make him the best choice for the job as we continue to implement our 10-year Capital Improvement Program,” he said.

Among the jobs detailed by the inspector general was a 2008 repair project at Nativity of Our Lord Roman Catholic Church, in the 11th Ward, seat of the Daley family’s power. This information was provided by Chicago Clout, no reward money ever paid. Spatz himself was not implicated in any wrongdoing, but Daley demoted him. (John Byrne)

Many folks are very concerned about the lead in the drinking water in Chicago. We at ChicagoClout will provide expert witnesses as to the ways the lead has purposely been put into the drinking water in Chicago. We will provide expert testimony and provide existing sworn testimony as to the way the Department of Water Management willfully violated laws that have adversely affected your family’s health.

We will provide testimony that will show the Department of Water Management retaliated against whistleblowers and stopped water from being properly inspected by Chicago Plumbing Inspectors. We will also show the way Chicago has been testing water to avoid giving an honest result which would have given results with a positive lead result.

We will also show how the promotions have been given to insiders not licensed or qualified to make decisions that affect your life and wellbeing. Please contact chicagoclout@gmail.com and we will provide a lead test that is Calibrated to the EPA standard for lead. Our test procedures document the correct way for an honest result. Every person making the test is a State of Illinois Certified Plumbing Inspector that has been a former employee of the Department of Water Management. There is no charge for those that can not afford the test!!! 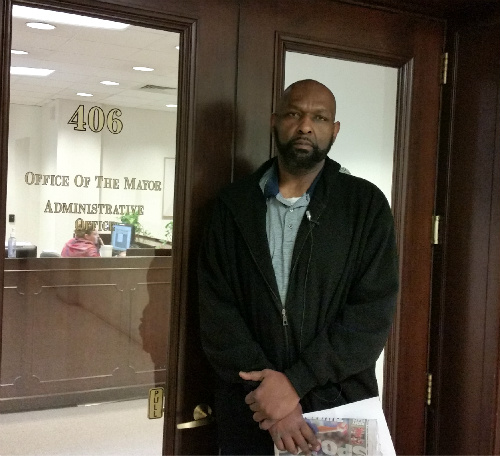