The City of Chicago under the leadership of Mayor Daley might of made a major blunder. Since we received our back pay late, the back pay check you received was taxed at a higher rate. Our final W-2 might have incorrect information that makes your income higher than it should be. Please get a City of Chicago W-2 Correction Request Form for your 2006 wages. Fax the form to Mayor Daley’s City Comptroller’s Office. Fax number: 1-312-744-8407 Who are we going to blame for this mix-up? Dorothy Brown? Do not put this off. Patrick McDonough

This first video is Connecting the Dots Version 3. It has Mick Dumke, a future writer on this famous web site. Please click here to watch: http://video.google.com/videoplay?docid=3122662948731002910 Also the next video is Connecting the Dots Episode 7, also titled The Big Lie. This explains more lies we have been fed, and how Daley Political Armies invaded the suburban political scene. To enjoy please click here: http://video.google.com/videoplay?docid=-7679299344347876731 Also, Park Ridge Alderman wonders what Chicago Union Workers are doing in Park Ridge politicking. Patrick McDonough.

January 26, 2007. Politics are so ingrained in the way the Daley Administration does business, a common sense solution to a problem is rarely possible. Charles Walker inspected a building and than a young child died shortly afterword. Charles is subject to double jeopardy as he was fired and rehired before, for the same issue. Also, the politics that are playing behind the scenes are so thick, I needed a coal shovel to get to the truth. Many of the people on the city witness list are on the Chicago Clout List and have a past. The attorney for Charles Walker is Karl Masters of Whitfield & McGann, the Carpenter’s Local 13 is picking up the tab. (Journeyman Plumbers Local 130 does not, why?) Karl was careful not to play the clout card as the Local 13 had their fun with a high ranking union official’s son Andy Ryan getting an Building Inspector Position. With all due respect, Karl Masters is doing a good job, but if my job was on the line, I would have Frank Avila explore all avenues. 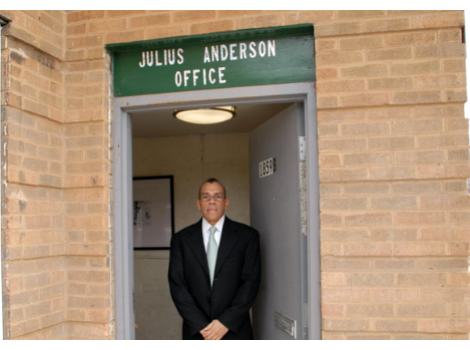 Chicago’s 24th Ward needs new direction and the right person for the job is Julius Anderson. Julius is an Award Winning School Principal and has provided a lifetime of achievement in the Chicago communities. Julius said, “after 11 years, the 24th ward is ready for change”. Also Julius said, “Mike Chandler has not taken care of business”. I assure you millions of tax dollars are not reaching this neighborhood. I agree that Julius has the background to steer this ward in the right direction. The 24th ward needs new leadership. Julius’s office is located at 1859 (B) South Pulaski Road in Chicago. His phone number is 1-773-542-1443. to e-mail Julius, click here: juliusandersoncamp@sbcglobal.net Photo by Patrick McDonough.

For quite some time, a contractor has sparked my interest. Severn Trent had vans in the 11th Ward. Chicago Department of Water Management has open ended contracts that make it difficult to monitor. (By design). While we will get into this subject in detail in the future, one company has certainly been under the microscope. Severn Trent has made it into my all time list of sludge as the company is non-union and provides plumbing services. Plumber’s Local 130 has failed to watch these rascals and the company has been bought out by ADS Environmental Services. This Boston based company needs a closer look and will get one. I need to know, why Plumber’s Local 130 is not attempting to Unionize this company. According to Anna of the ADS company, you do not need a Licenced Plumber to complete the skills as required by Illinois Plumbing Code. Business as usual. Photo by Patrick McDonough.

Yesterday, on January 22, 2007, Alex and Patrick McDonough were joking about the management at the City of Chicago Department of Water Management. I asked him about the hiring of politicians to run the department. He agreed about getting rid of the politicians. Oh, we laughed. I asked security if he signed in, he did not. I asked why this man is on Chicago City property, she said he is a consultant.

On January 18, 2007, Archie High, a 33 year veteran of the Chicago Department of Water Management spoke up about his many attempts to get promotions. Archie High also told us which bosses had involvement in the campaign and promotion scandals. To see this video, click here: http://video.google.com/videoplay?docid=7254399834411784984 This is only the first video, and we will dive into this corruption that still occurs to this day at Chicago. Workers still complain the new 11th Ward Calendars are in plain view. This video is produced by Patrick McDonough, and is co-hosted by Frank Avila and Frank Coconate. Photo by Patrick McDonough.

January 21, 2006. Please click here to read this important story about Mayor Daley’s treatment of his own family: http://www.suntimes.com/news/metro/221538,CST-NWS-daley21.article Remember, Chicago Clout had this story on November 15, 2006, months before the Sun-Times. Michael Guilfoyle was a heck of a guy. Patrick McDonough.

F.B.I. informant Robert Cooley exposed many of Chicago’s Top Mob leaders including the D’Amico Family. Make sure to visit his web site, click here: http://whencorruptionwasking.com/ Robert was interviewed by Frank Avila, a top Chicago Attorney and Mick Dumke a columnist. Mick will be a featured writer at the web site soon.
This is must see video to understand the “Chicago Mob”. To see this educational video, click here: http://video.google.com/videoplay?docid=-3890685002249706561 Patrick McDonough.