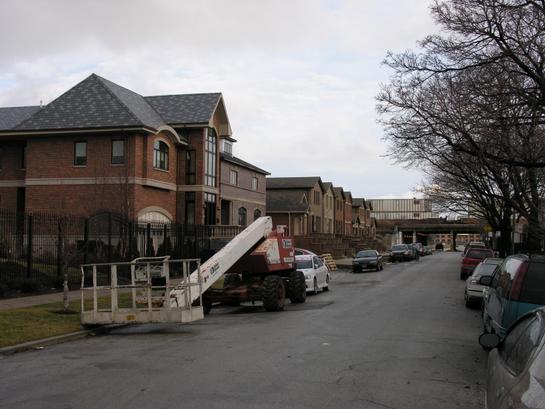 Mayor Daley’s Ward, the 11th Ward of Chicago has a funny way of doing business. On this website we informed people of the shakedowns contractors experience every day. Also, I hate to tell you but this effects the Inspections that are performed by Chicago City Inspectors. Some Inspectors are informed to give preferential treatment to certain contractors that know how the game is played. It is nothing new for many contractors that payoff local Alderman so their project goes off will little or no friction. In this picture I took a while ago, you will see new multi-million dollar homes right next to railroads that separate Negroes in the Wentworth low income housing. If you look close you will see a Chicago Police officer behind the bridge keeping the Negros on the right side of the tracks. Welcome to Bridgeport, Mansions near low income housing, ghettos, pig and poultry slaughterhouses, and an Oder the stinks to high heaven. No accounting for taste in Bridgeport! Please read this article by Fran Spielman of the Chicago Sun-Times, click here: http://www.suntimes.com/news/metro/217461,CST-NWS-degnan19.article Are you surprised the 11th Ward wanted the “Right” kind of people to buy those new houses? Photo by Patrick McDonough.

On January 18, 2007, Frank Coconate hosted Issue Forum Chicago Clout Show. Please enjoy this video that will introduce you to Chris Belz, the candidate for Chicago’s 39th Ward. The 39th Ward has their hands full of many hot topics, such as Hired Truck Scandal involvement and Hiring and Promotion scams which involve Chicago’s Daley Administration. Click here to enjoy this video: http://video.google.com/videoplay?docid=-1620229397083992471 This is a fun photo as we were cracking jokes and poking fun at Chris’s campaign manager prior to the taping. Bruce Randazzo, a Chicago Teamster and Chicago City Worker also joined in the show. Good luck Chris Belz. Photo by Patrick McDonough 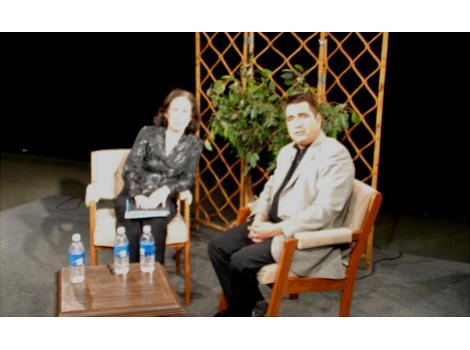 Please enjoy Rachel as she discusses the many issues in Chicago’s 43rd Ward. She was interviewed by Frank Avila, a famous political activist and Attorney. To watch video, click here: http://video.google.com/videoplay?docid=1301952404595888485 This show was made on January 18, 2007, and one of the first shows produced by Patrick McDonough. Thanks to all my friends that helped me including Tony Joyce. Photo by Patrick McDonough.

Please enjoy this video of Terry Boyke as he explains his positions on the politics of Chicago’s 45th Ward. Click here: http://video.google.com/videoplay?docid=1794654996921696257 Terry was interview by Frank Coconate a Chicago political legend and Patrick McDonough the show producer. The show was made on January 18, 2007. Special thanks to Tony Joyce and the entire technical staff including Pops. Terry would make a fine Chicago Alderman and would provide the leadership the 45th Ward lacks. Photo by Patrick McDonough 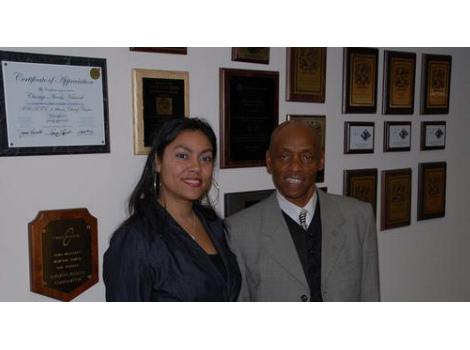 Myra Young is a talented lady that is a Candidate for Chicago’s 20th Ward. What is in the water in the 20th Ward? The women from that Ward are very intelligent and attractive. The men at the studio were fighting to get a picture with this classy lady. The 20th Ward Alderman has a handful of troubles at this time and Myra might be at the right place at the right time. Myra is pictured with Archie High, a 33 year veteran of the City of Chicago, Department of Water Management. Please contact her, call 1-773-317-7017. I will have more information on this candidate soon. Good Luck Myra! Photo by Patrick McDonough 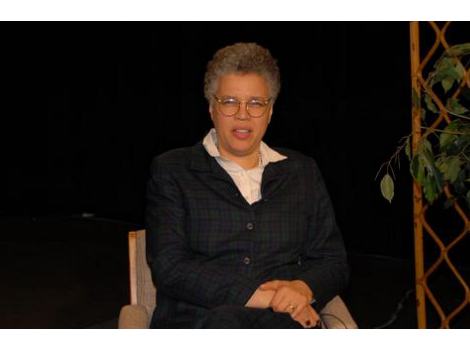 Election 2007 was honored to have Alderman Toni Preckwinkle talk about the many issues confronting Chicago’s 4th Ward. This show was hosted on January 18, 2007, by Frank Avila a famous political expert and a well known attorney. Click here to enjoy the video: http://video.google.com/videoplay?docid=-9200136338675455406 This is the first show I have ever produced, so to have Chicago legends like Alderman Preckwinkle and Frank Avila was an event I will remember. Help support Toni by calling 1-773-924-5042 or by visiting her web site, click here: http://www.chicityclerk.com/citycouncil/alderman/ward4/index.html Photo by Patrick McDonough.

Please have another glass of wine after enjoying Chicago Clout and make sure you check up on two great Chicago writers and legends, Mike Dumke and Ben Joravsky. Their blog is smart, well written. Both class acts I know well. Both of these writers are columnists for the “Reader”. Click here: http://blogs.chicagoreader.com/politics/ Patrick McDonough. 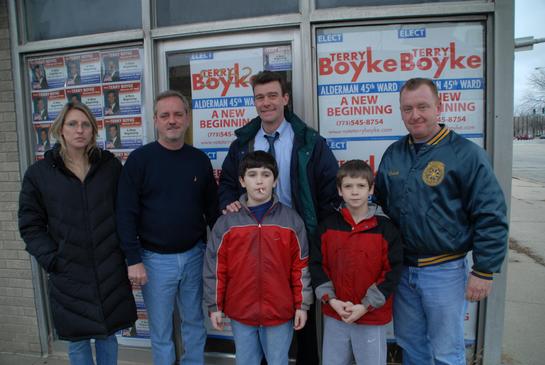 We all know Patrick McDonough covers any candidate that shows integrity and determination to tackle the many problems a Chicago Ward faces. The best qualified candidate in Chicago’s 45th Ward is Mr. Terry Boyke. His campaign is effectively run by Elizabeth Murry-Belcaster. Alderman Patrick “Phat” Levar is a poor choice as he spends too much time at the Taxpayers trough, gobbling up all the gruel, like a pig. In Levar’s last mailer, Pat is pictured with a retired Chicago Department of Water Management employee that was accused in a bribes for overtime scandal. Levar has close Union ties and rewards many family members with lucrative city jobs, and jobs overseeing contracts. Does Levar use Chicago City Services legally, or does he skirt procedure with high ranking employees? A new prostitution ring with 11th Ward ties was just uncovered. In fact, allegations of tiny cameras were used on unsuspecting johns, and broadcast throughout the Internet. “We know Mayor Daley likes cameras to fight crime, but to make 11th Warders money?”, said a source. Did you know many restaurants that failed heath inspections are in the 45th Ward. To look at Levar, he does not eat there as he keeps the food down! Is Patrick McDonough just picking on the slob Levar? Kevin Lamm, State Chair for the IVI-IPO said, “Alderman Patrick Levar is the antithesis of Good Government. Payroll scams of Streets and San, are tied to Levar. Union Corruption allegations are tied to Levar. Steve Neal wrote of Levar,” But Levar, though pleasant enough fellow, is mediocrity at best”. Frank Coconate said, “Terry is someone that knows the ropes of City Politics. He is the combination of experience and an independent voice in City Council”. Enough is Enough 45th Ward. Learn the facts, check out Terry Boyke web site, click here: http://www.voteterryboyke.com I say VOTE TERRY AND CUT THE FAT OUT OF THE CHICAGO’S 45TH WARD. Call Terry’s campaign at 1-773-774-6190 or e-mail click here: voteterryboyke@sbcglobal.net In Photo Jenny Simmons, Kevin Fallon, Terry Boyke, Brian Murry, Michael and Patrick McDonough. Please note the Chicago Union Plumber Jacket. Photo by Patrick McDonough. 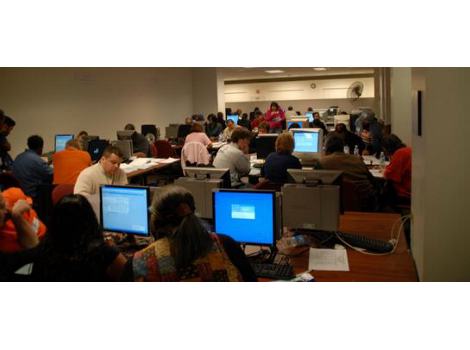 On January 13, 2007, Mayor Daley’s Petitions continue to by challenged by staunch supporters of the superior candidate, William “Dock” Walls. Line by line, signature by signature, the people that make America strong, make sure the rights of all Chicagoians to a fair voice in this election cycle 2007. Mayor Richy Daley, has been crippled and embarrassed by two candidates that are blowing him away, Bill Walls, and Dorothy Brown. Daley lost his best foot soldiers, the Chicago City Worker, when he cheated the workers out of a raise for two and a half years. Daley looks like a sucker with the low amount of signatures, but the mob and cash rich contractors know to pony up for this election. Enjoy this rare photo of the 6th floor of 69 West Washington. Special thanks to Lance Gough, Executive Director and James Allen, Spokesman, for the Chicago Board of Election Commissioners. Did you know Patrick McDonough is a Polling Place Administrator? Photo by Patrick McDonough. 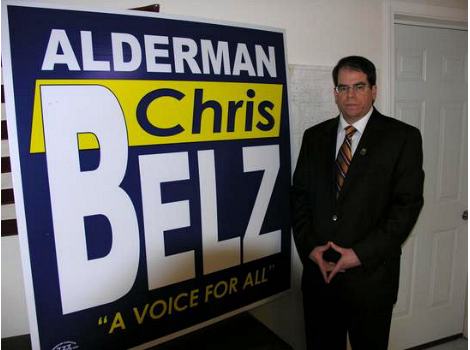 January 10, 2007 gave me a chance to meet a 39th Ward Candidate that has no Mob Ties. Chris Belz is a very nice person that has always helped the community. His Father is an institution in the ward, an attorney that has fought for residents of the 39th Ward. Chris’s office is at 4407 North Elston Avenue, his phone number is 1-773-494-5429. Please see his web site, click here: http://www.chrisbelz.com Let us hope Chris joins us on television so he can get the word out. Patrick MCDonough.