I had a great time making video for a great Chicago Rock and Roll band. More on this band soon. Review by Emery Joe Yost Roller is a high energy rock band. If Bad Company and Lynard Skynard had a baby they would sound like Roller, with the exception of lead vocalist Rusty Bullets,who has a twinge of Bon Scott in his vocal delivery and or dna. I’m really not sure, it could be a rumor, but Rusty allegedly got his stage name when he got a tetanus infection from the strings of his rusty Flying V. I would buy their record and lookout for this hot rock outfit as they pull up their bootstraps and rock the world just like KISS.

I enjoy several websites in Chicago. One of the best is by Rich Miller. Rich has The Capital Fax Blog. I also enjoy the Chicagoist. I hope everyone takes a look at this new blog site and tell me what you think. It seems to take a pro-gun, pro cop view. It is named DisabledCops here is the link http://www.disabledcops.blogspot.com/ They have a sister website that is very funny but the name is too wild for us. Good Luck.

The City of Chicago has a residency law that is designed by the Mayor of Chicago to keep a well oiled political machine in place for election time. Many of the unions have a bizarre relationship with Daley, they are there to skim money off the top of worker’s paychecks and then deliver a percentage to the current Administration. They call this a symbiotic relationship; it is like those fishes that attach to the sharks. Chicago has system that mixes private contractors and municipal employees. The idea is to play the two sides against each other to increase the production, keep friction, and increase management power over both sides of the equation. I would say without a doubt Mayor Daley and his entire Administration have failed the taxpayers at this game resulting in complete and total chaos. Today I had to call the police on a car with City of Chicago vests and City of Chicago employee identification. One could certainly make the assumption the card in this picture was issued by the Department of Water Management. The owner of the car illegally parked in an intersection blocking traffic, both pedestrian and automobile. The owner of the car was responding to a pulled water service. The owner seemed to assume he had some rights reserved for City employees. I called the Commissioner’s office and the Office of the Inspector General. This is theft of City property or false impersonation from my experience. I really hate, really f-ing hate when a private contractor assumes they have the same privileges as city workers. They do not have background checks, drug tests, and pay union dues to the same extent. The owner of this car told me he is not a City employee. Lucky him, he is Mark St**ge, he lives allegedly on Lincoln Avenue, not in Chicago, but in the suburbs. Are you glad Mayor Daley allows these people to live outside the city when Chicagoans have no work? I made a report with the CPD today on the incident. If you are out of a job in the construction industry and you live in Chicago, I would be really mad. If you work for the City of Chicago, put your kids in private schools, and get furlough days, I would be mad. If you are Saul, fighting for your job on a residency beef, I would be really, really mad. Photo by Patrick McDonough.

I have watched the housing market in Chicago for quite some time. There are a couple of more bubbles that need bursting in the next few years before thing can get back to a semblance of sanity. It is going to take a while but you can find some nice property if you have good credit or you have an inside like many Chicago high ranking employees. This is a low income property that could command rents of $1500.00 or more and has apartments that could sell for hundreds of thousands of dollars in certain Chicago neighborhoods. You can only rent in this exclusive hidden area if you are very low income. The government makes up the difference. I think it makes no sense to show up to work every day in America when people with no motivation live better than the everyday working stiffs. Many hard working families continue to be throw out into the streets despite the fact they work very hard and contribute to the economy. Some people do not work, get free food and lodging, and enjoy spending money without working at all. Their apartments are professional maintained and staffed to handle any complaints. Just remember one simple thing, someone is getting a big piece of the action on top, and you are paying for it. If you want to rent here and you are an everyday working stiff, you are not allowed, you make too much money. That’s discrimination. Photo by Patrick McDonough

GreekTown is a section of Chicago known for some great Greek restaurants. A couple of days ago, I went down to get some cheese that made my tummy feel great. I also met my new and famous teacher that is going to clean up some unfinished ends in my photo skills. Before I had the meeting, I had to find a spot and everything was taken except some metered areas. I was getting ready to pay when an older lady was trying to walk through the snow and feed the machine. The least Daley could do was make sure the access to the meters meet handicap access rules. People should not have to feed the meters if there is not proper accessibility for everyone. Daley made chumps of everyone when he made this deal. Photo by Patrick McDonough 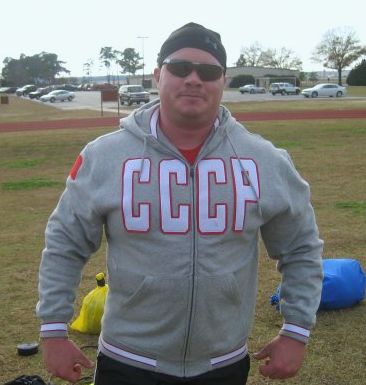 It seems funny the Chicago Newspapers are going gaga over Patrick Daley heading back into the Army. It made all the television stations even though most the people I know just want an honest answer about Mayor Daley son’s involvement in the sewer business. Sneed had another great scoop, but I am certain Mayor Daley tipped off the media to get favorable treatment for his son, again. I want every soldier in the U.S. Armed Forces to know the vast majority of everyday Americans care about each and every one of you equally. We have no favorites unless it is a son, daughter, mom, or dad. I do not think any favoritism should exist where life and limb is at risk. Amazing how long it takes to fight these wars and who is chosen to fight them. Photo of Patrick Daley courtesy of a Chicago Clout contributor. It is time for all soldiers to return home, enough have died long ago. Patrick McDonough

It seems like a couple of white kids hooked up with a gangbanger to score some drugs around Division and Cicero Avenue in Chicago, Sunday February 7, 2010. I do not know what tipped off the Chicago Police Officers, but the dude in the red stood out. When the police cuffed these three, they were very sad. These police officers were very courteous and professional. Just say no to drugs, just like Oprah does to food and texting! Photo by Patrick MCDonough