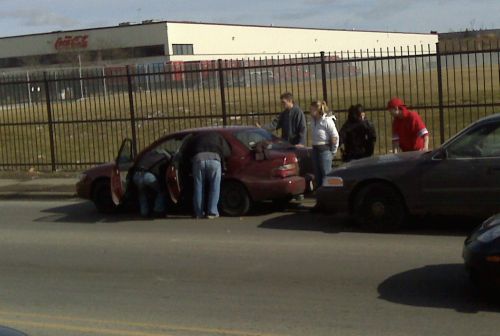 It seems like a couple of white kids hooked up with a gangbanger to score some drugs around Division and Cicero Avenue in Chicago, Sunday February 7, 2010. I do not know what tipped off the Chicago Police Officers, but the dude in the red stood out. When the police cuffed these three, they were very sad. These police officers were very courteous and professional. Just say no to drugs, just like Oprah does to food and texting! Photo by Patrick MCDonough