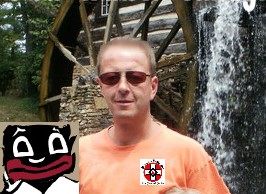 We’ve got racists in the Water Department. What a shock.

This is Chicago, which is part of America. We’ve got racists preaching from pulpits, writing laws and driving buses, too.

The real shock is that such ugly in-your-face, old-school racism, as well as homophobia and sexism, were allowed to fester and grow within the city’s Water Department, an apparent dumping ground for political hacks. People in charge looked away. They said nothing.

The other real shock is that some people still think this is where bigotry begins and ends in America, with the louts who sound like Klan members, when, in fact, the most insidious forms of discrimination today are institutional.

By all means, let’s drive the bigots out of the Water Department, and their spineless managers, too. But let’s take an even firmer stand on a second local scandal in the news this week — the way property values are assessed in Cook County to favor the rich and stick it to the poor. Let’s put an end to that as well.

In a report released this week by City Inspector General Joe Ferguson, we learned more about how one particular goof at the Water Department, district Superintendent Paul Hansen, the clouted son of a former alderman — no surprise there — banged out racist emails the way nice people send out birthday wishes. In one email about Chicago’s high murder rate, Hansen joked about a fake “Chicago Safari” package that would guarantee tourists “at least one kill and five crime scenes” and views of “lots of animals in their natural habitat.”

Hansen and a couple of other Water Department employees were fired or forced to resign, and Mayor Rahm Emanuel also collected the resignation of the department’s top boss, Barrett Murphy. But given the department’s obvious culture of tolerance for bigotry, we can’t imagine the housecleaning is over. Changing a culture take changes in leadership throughout the ranks.
Meanwhile on Tuesday, while testifying before the Cook County Board, county Assessor Joseph Berrios said nothing to convince us that his office doesn’t have a serious problem of institutional racism. After the meeting, Cook County Board President Toni Preckwinkle said she’s going to hire an outsider to “review” how Berrios’ office does real estate assessments, but nobody needs another study. That’s a way to look concerned while doing nothing.

Repeatedly over years, civic watchdogs and investigative reporters have exposed how the county’s way of assessing real estate values, which determines how much everybody pays in property taxes, is mysterious, arbitrary and stacked in favor of people and businesses that can afford high-priced tax lawyers.

If further proof were needed, the Chicago Tribune published a deeply detailed series of reports last month that showed how the assessor’s office uses a mishmash of formulas to overvalue low-priced homes while undervaluing high-priced ones. The pattern hits minority communities particularly hard.

“We are systematically over assessing homes in poor communities — the people that can afford it less — and it’s time to fix it,” Robert Weissbourd, president of an economic development consulting firm, complained to the County Board.

The pathetic truth is that Berrios’ office for seven years has had on hand a better model to assess property values but has never fully used it, if at all. Weissbourd’s firm helped devise the state-of-the art model, with funding from the MacArthur Foundation. It would significantly reduce the degree to which assessments shift the tax burden to those who can least afford it.

Forget about the study, President Preckwinkle. Tell your pal Joe Berrios to forsake the dark arts and start using the new model.

When you get down to it, baked-in institutional racism is more repulsive than some throwback bigot in the Water Department.

Please do not tell anyone. Please enjoy your new tax bill.