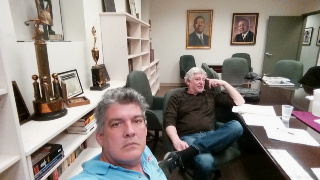 On January 7, 2013, Reginald Williams Sr. was involved in an accident while working for the City of Chicago. To make his story simple is not possible due to Alderman Burke and the carnival barkers over at the City of Chicago Committee on Finance. Alderman Burke loves this position lording over the Committee on Finance because he can shake down medical providers for campaign contributions. Venders feel pressure when the phone calls come in to “donate” to political campaigns of Burke’s choice. Vendors also feel pressure, when the Committee on Finance wants non-political injured employees to be released back to work or issued MMI decisions. Many Chicago City workers are forced back to work injured and become addicted to opiates and other pain killers, to get through the day. That is part of the reason for the illegal drug trade at the City of Chicago. It is also a reason why Mayor Rahm Emanuel refuses to drug test all employees.
The treatment the city of Chicago gave to Reginald Williams, Sr. is truly a violation of the Illinois Workers Compensation Board. When an employee is injured, they should expect great medical care in a timely manner. The City of Chicago routinely has injured employees waiting for months for medical approvals, physical therapy, and surgeries. Many City employees never get the medications they desperately need. The City of Chicago relies on medical providers like Med Risk and Coventry to provide the minimum necessary treatment. They also make medical decisions although they are not doctors. The decisions they make are not based on an actual physical contact, amazing.
The Committee on Finance does not provide medical decisions in writing to the injured, it is all a secret. In fact, The Illinois Attorney General is attempting to force the Committee on Finance to release my medical records.
There is little doubt Alderman Burke fires black city workers to send a message of terror to “play along with the program”. Maybe Alderman Burke should explain to his wife and all Chicago taxpayers why he is so smitten with Monica Somerville, the executioner for the Committee on Finance. Stopping Mr. Williams pay is cruel and unusual punishment.
Monica Somerville is a fired City lawyer that falsely accused her boss of misconduct. Monica Somerville should explain why she is not on the Chicago “Do Not Hire List”. Allegedly she was also picked up on the Southside of Chicago by the police in a haze.
The Chicago Defender did a great article about Mr. Williams so make sure you google that.
Paris Schultz of Wttw Chicago tonight had an excellent interview with Jay Stone and Patrick McDonough regarding the treatment of injured Chicago City Workers. On April 6th 2016, Jay Stone and Patrick McDonough were invited to The Chicago Defender with several black Chicago City Workers that also spoke to attorneys to explain the way Chicago handles workers’ compensation claims. Ken Hare a former reporter at the Defender sat on the story killing the momentum created by Jay Stone.
Finally, a decision was made on August 8, 2016 to reward Reginald Willams what was fairly due him. Reginald Williams attorney is Al Koritsaris claiming a victory. The Attorney from the City of Chicago Corporation Counsel is Nancy J Shepard. Last I heard, the City is going to appeal, just to be ignorant. The Case number is 13WC002370
I strongly suggest everyone read this.
Please remember the Chicago Inspector General has done nothing despite complaints. Joe Ferguson needs to do his job or he needs to quit. All he worries about is getting his moldy nose on the suntimes. UGGGG.Reginald Williams Sr. Workers Compensation Claim 13WC002370.pdf