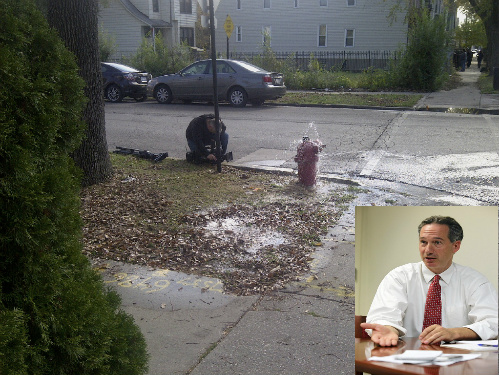 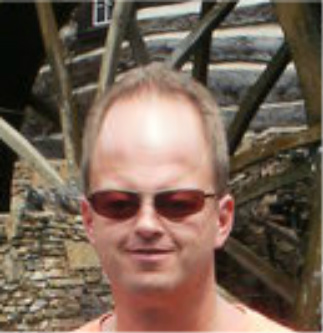 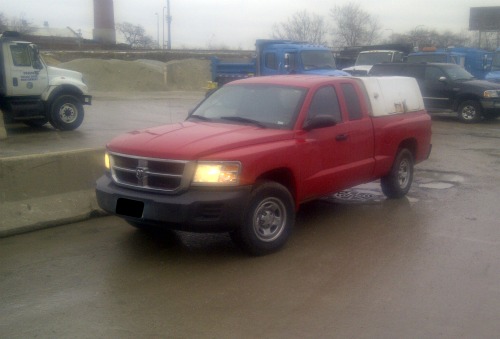 City of Chicago Department of Water Management employee of 2011 Patrick McDonough noticed a very suspicious pick-up truck lurking around the 4900 West Sunnyside Yard today. Mr. McDonough notified the crack security team that left the gate open again and allowed this dude to sneak into the yard. The crack security team made a major assault upon the possible terrorism suspect. A high ranking political appointee snuck up quietly on this dude as if he was on a turkey hunt, and the dude left the open lot without so much as any license check, or illegal search and seizure. The crack security team did not follow the established protocol which is necessary to save our precious drinking water in Chicagoland. Who was that dude? Why he was not detained? Is Chicago drinking water safe? Why did this political appointee not call in a reckless panic to superiors? Photo by Patrick McDonough