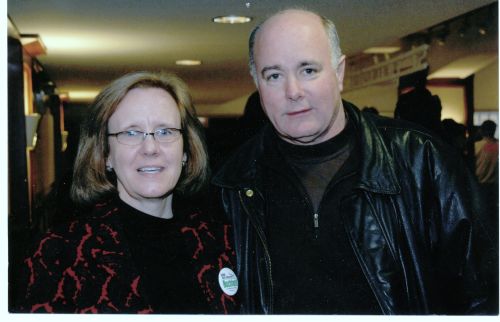 Russ Stewart writes. “JUDGEMAKER’S”
ANALYSIS & OPINION BY RUSS STEWART
Every lawyer dreams of being a judge. The robes, prestige, power and pension: It’s the profession’s pinnacle.
In Cook County, there are 40,000 attorneys. And there are 445 judges, of which three sit on the Illinois Supreme Court, 24 on the Appellate Court, and 418 on the Circuit Court. That means one of every 90 lawyers is on the bench.
The qualifications are not onerous: Have a pulse. Be a registered voter and licensed attorney. In theory, any undead lawyer can be a judge, and earn $169,555 annually.
But, in reality, most would-be judges are utterly clueless about the process: Start early, a year prior to the February primary. Get 500-plus signatures on multiple nominating petitions. Run as a Democrat. Get “qualified” ratings from bar associations. Get endorsed by unions and newspapers. Get slated by the Democratic party. Have an Irish surname. Be a woman with an Irish surname. Don’t have a weird surname. Attend political functions and get warm-and-fuzzy with Democratic committeemen. Spend $50,000 for ads and political donations. Win the primary.
And, most importantly, hire Mike Tierney: The Judgemaker.
While obscure to the public, Tierney, who works as a city plumber, has developed his own cottage industry. In the past eleven election cycles, since 1990, Tierney has handled the campaigns of 45 judicial aspirants, and 40 have been nominated in the Democratic primary, and thereafter elected. That’s an astounding 89 percent success rate. Among judges, Tierney’s reputation is legendary.
Tierney’s secret: Institutional knowledge. He knows the process. He knows the players. Lawyers don’t. “They’re busy people,” said Tierney of his clients. “My job is to initiate them. Mentor them. Direct them. And accompany them to key functions.” Already, Tierney is besieged with potential clients for 2012.
Here’s the Tierney Method…. Go read the rest by Russ Stewart at the Nadig Newspapers.