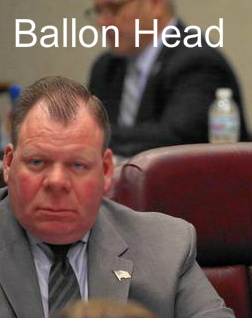 Rahm Emanuel is hiding in Cuba and the Chicago media is keeping it quiet. Many Chicago Alderman have circled around Patrick “Daley” Thompson to replace embattled Rahm Emanuel. The noose is slipping around Rahm’s neck and he needs to return soon. The folks in the 44th ward are cutting deals and Rahm is none the wiser. Rahm’s is not able to raise the money he once could and is counting on short term memories from taxpayers. Rahm is also putting his media queen Joe Ferguson on boards despite his major failures. As long as they have the Sun-Times, Rahm might have a chance. The biggest problem is a major group of protests that make Rahm look like a hurt dog. Chicago is the worst shape ever. Is Pat Thompson the answer? Does he have the balls to raise the taxes again in a few short months? So far 15 Alderman are backing him up. WOW. Will “Balloon head” have the moxie to overthrow Rahm? Let’s see.