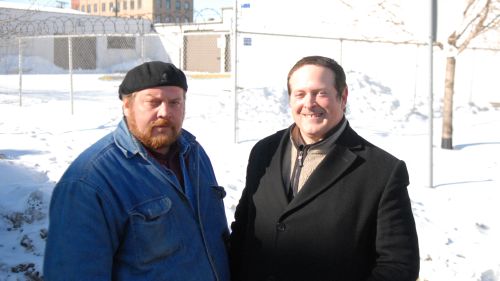 It was not too long ago when I had a conversation with a frustrated City of Chicago, Department of Water Management employee Thomas Morris. I have tried to help many people go in the right direction to make sure their disputes against the City of Chicago get resolved in a fair and reasonable manner. A common theme is evident almost every time, the offended person made multiple attempts to address the issue with grievance forms, conversations with bosses and management. By the time people come to me they are very frustrated, bitter, and wits end. The conversations with Thomas revealed a very upset Hoisting Engineer that had about as much as he could take. I assist him in the right direction and the process to make corrective measures have begun. I wonder why Chicago Unions sit on the sidelines while employees fight alone. One of the better Unions representing Chicago City Workers is the Laborers Union 1092, I give that Union under the LoVerde leadership the highest rating. Thomas Morris is pictured with Michael J. Greco, his Attorney. Possible Co-counsel includes Russ Stewart, a Federal Level Attorney of the highest ethical standards. I wish good luck to Mr. Morris in his attempts to enforce his legal rights. Mayor Daley should be aware of this and other disputes costing Chicago Taxpayers millions of dollars due to managers that take political consideration before common sense. Taxpayers will be on the hook for millions more! The Shakman Violations in Chicago never stop! Photo taken by Patrick McDonough at Patrick Daley’s old business (MSS). Than business is boarded up now!