I am proud of the work I have done to get this carpet bagger off the ballot. Payback is a bitch Mayor Daley, payback is a bitch!The Illinois appellate court has ruled the right way. This upset will cost the Chicago mafia millions.

Another debate is going on the air in two weeks on Chicago Clout. We will post the Mr. Osterman Video. The 48Th Ward will continue to have fun in the Aldermanic election. Patrick McDonough

I always enjoy when a show is extra special. Thank you to Alderman Bernie Stone for a very, very, wonderful look into Chicago and the process! Can-TV has a winner show soon. 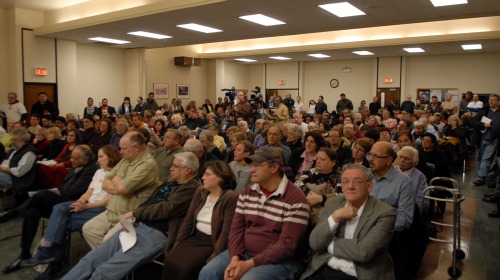 Tonight the West Rogers Park Community Organization held an Aldermanic debate at Devon Bank in the far north ward. The entire community is involved in the ward Activities. The 50Th ward asked and got answers from all the candidates. Special thanks to Irving Loundy at Devon Bank. This bank donates its large basement for the community. The 48Th Ward only has two candidates willing to debate, Patrick McDonough and Philip Bernstein. Photo by Patrick McDonough

I hope everyone in Chicago took the time to reflect on all the great work Martin Luther King did to make America better. The City of Chicago must wake up and make sure all black folks get a fair and equal chance at contracts, promotions, and a better life. Mayor Daley has shortchanged the black community for over a decade. Lets make this wrong, right. Patrick McDonough, Executive Producer of Chicago Clout, Chicago Clout Website and TV.

Another day goes by and the Chicago Office of the Inspector General is shortchanged by the Daley mob clan. I reported a long time ago, the Commissioners of Daley's Administration have the power to stop an investigation by the OIG. Simply put, if the OIG busts another one of Daley's rats getting a promotion, stealing, and acting illegally, the investigation is shut down. I cannot tell you how many reports we made to clean up city hall and nothing was done. The FEDS have allowed Daley and his goons to keep ripping off the public. Despite the fact the OIG insists employees report corruption, employees are finding out the Office of the Inspector General is a front. I am already on the record demanding the complete independence of the OIG, period. I personally saw confidential OIG reports on the desktops of Water Department employees. By why waste taxpayer's money investigating when the fix is in? It only invites retaliation. All of us at the Municipal Advocate General are working to improve the working conditions of city employees and taxpayers. Get involved in this election soon, Chicago is in dire straits, thanks to Daley and his crooked friends. Patrick McDonough END_OF_DOCUMENT_TOKEN_TO_BE_REPLACED 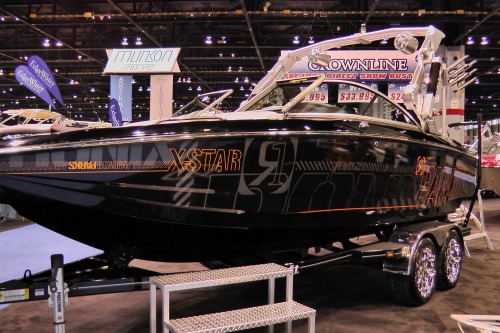 If you have this weekend open, take the family to McCormick Place and enjoy the Chicago Boat Show. I would like to thank Coleen managing the Press Department. This show is smaller in size and more “one on one”. Some of the shows in the past were far too large and making the time pick right boat was not always possible. I was told boat manufactures are moving boats but the profit margin has dropped. If you want a boat or entertain your family this show is worth it. One of the best highlights of the Show was Michael Schieb of Pine Crest Marine. Michael is one of the best boat salesmen in the industry hands down. I bought a boat from him and he always remembers his customers as if you are family. Michael is a class act. If you are looking for a Mastercraft, Crownline, Chaparral, or Godfrey boat, call Mike at (219) 374-5771. Camping World had some nice RVs. USAdventureRV was a nice set-up. I really liked the excellent sales personnel at Nielsen Enterprises. I liked Glen Justice of Mad Mariner Magazine. Final Finish Boat Works look good. This is the type of show where you can get away and have some personal free time. One of the biggest hits was some sort of a dog show. Nifty contests with dogs in the water and doing tricks. I need to do a story on McCormick Place soon. I guess I just cannot get away from the office. Photo by Patrick McDonough