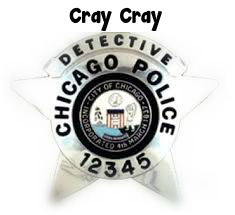 City of Chicago Police Detective Kevin Mullane accused City of Chicago Department of Water Management Plumber and State Inspector Patrick McDonough of roughing him up at the 7700 block of West Clarence on July 30, 2011. Kevin Mullane showed up at a Hearing to tell his side of the story on October 8. 2014. It was a City of Chicago Human Resources Board appeal hearing. A visually shaken Detective Mullane recounted his story. Just prior to his testimony, a City Attorney was furious McDonough was videotaping the Hearing. Patrick McDonough was ordered to stop videotaping despite his permission by the Hearing Board to do so. Some of the witnesses refused to have themselves videotaped for fear of being on YouTube or Chicago Clout. An emergency complaint was put into Lisa Madigan’s States Attorney Office for a ruling. Sarah Pratt, Public Access Counselor, Office of the Attorney General, 500 S. 2nd Street Springfield, Illinois 62706 is fully apprised of the complaint. When questioned, Patrick McDonough said, “the taxpayers of the City of Chicago should not only know what their employees are doing, but also know what the Inspector General, and the Human Resources Board rulings are in these cases. Top Gun Union Attorney John Toomey did a great job defending the accused. I suggest you all enjoy more legal football on November 5, 2014 at 9:00 a.m. Special thanks to Attorney and advocate Rachel Goodstein for the watchful eyes!!!