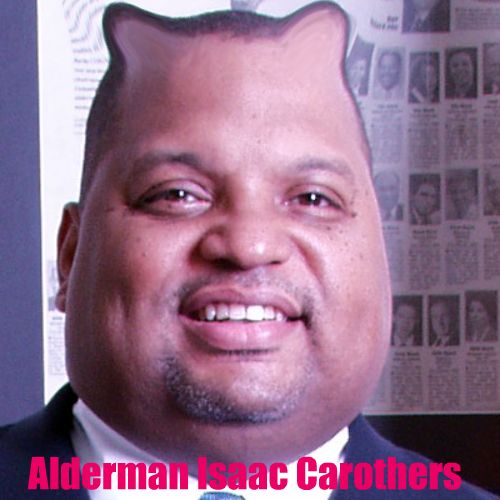 We all knew Isaac “Ike” Carothers is no different than any other Chicago Alderman when it comes to corruption, shakedowns, and hustling money. When you have a Mayor like Richard Daley, you expect corruption. Alderman Carothers has a ward that is filthy and dirty. We have Alderman that only worry about the next meal, paid for contractors and those wishing favors as the poor suffer. Chicago is a true disgrace nationally and locally. Chicago Alderman know Daley encourages this, is part of this, and President Barack Obama has profited by this system. George Bush and now Barack Obama allow the poor to be exploited by criminal public officials. The United States of America is owned by China because we allowed our politicians to steal from us. Call your Illinois State Representatives and tell them you want reform. While the country crumbles, those in power continue to rob from the neediest. Ike could have spent his energy cleaning up his (29th) ward. The Laborer’s Union was involved with property on the site that would benefit training and safety for workers. More on the story later. It is amazing how the blacks get the ointment and the white skate away. Photo edited by Patrick McDonough