Today, at the City of Chicago Department of Water Management’s Jardine Plant over 300 City of Chicago employees from the Jardine Plant, The Chicago pumping stations, and the DePaul Center employees waited for Commissioner Conners to get his ass to the meeting on time. Conners was at least 20 minutes late and cost the Chicago taxpayers thousands in wasted time. Conners arrived with his posse and launched again into a speech that made no sense at all. According to Conners, Rahm Emanuel is very happy with his subpar performance. Conners made the employees stand the entire time. Some of the ladies complained because he did not provide seating. Conners only had a few well connected private employees attend because the private owners are aware of the new policy to donate greatly to Alderman Burke and Mayor Rahm Emanuel. Coo Coo Conners again wanted everyone to know he is large and in charge. He first said he opened his office to anyone and then stated all employees must follow the chain of command. Coo Coo.

Conners again said the North District General Superintendent Michael Dwyer was not fired, another bold face lie. Conners acted like a Chicago street thug and a man possessed with a need to prove he is in control of a job he can not handle. Look, folks, Conners knows nothing about the importance of a proper drinking water supply. He is getting paid to keep all the current lawsuits and future lawsuits from getting to Rahm Emanuel. Conners wanted everyone to know he is going to promote everyone he wants and do whatever he wants. Rahm Emanuel needs to terminate this goof that just does not have the class to do things the right way. The same crap that got the Department of Water Management into the mess it is in now will continue by the leadership of foolish nonsense. I hope when all the City of Chicago taxpayers sees the new water bills in the mail, they remember this warning, fire Rahm Emanuel.

Look if you need to tell everyone you are the boss, you are not. Time for Rahm to find a replacement, another poor choice, and decision. 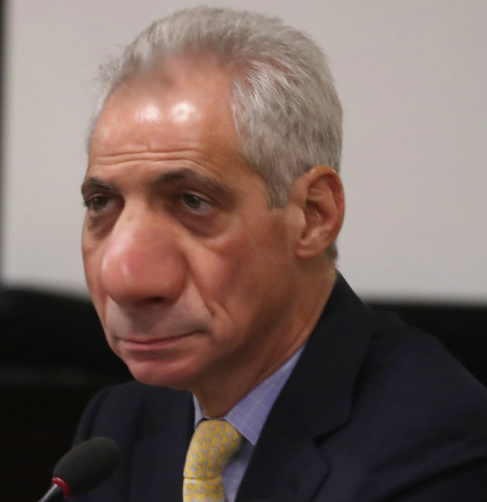 Mayor Rahm Emanuel has been given recordings of high ranking City employees getting fired. Apparently, Mayor Emanuel told his commissioners to record their firing of employees that brought unneeded attention to the City of Chicago. Emanuel is also shaking down contractors and demanding political donations for his upcoming election. Rahm is beside himself with the status of the Chicago Police Department, the Chicago Fire Department, and the Department of Water Management. These departments have always provided workers for elections, money for campaigns, and needed signatures for petitions. According to the Mayor’s staff,” Rham is beside himself”.

Many contractors, including law firms, are being asked to “pony up” to face the onslaught from powerhouse Paul Vallas, Garry McCarthy, Willie Wilson, and Troy LaRaviere. Some recordings have been provided to Chicago Clout and will be released just before the election. Rahm Emanuel has been on a traveling spree around the world on the taxpayer’s dime. Rahm travels first class and enjoys having a posse of cops around to make him look big.

I look forward to this next election in Chicago. The voters want the issues this time, not the b.s. That is a tall order for the Chicago media that has been in Rahm’s favor as the election day draws near. Joe Ferguson will do nothing and continue to be a puppet for Rahm.