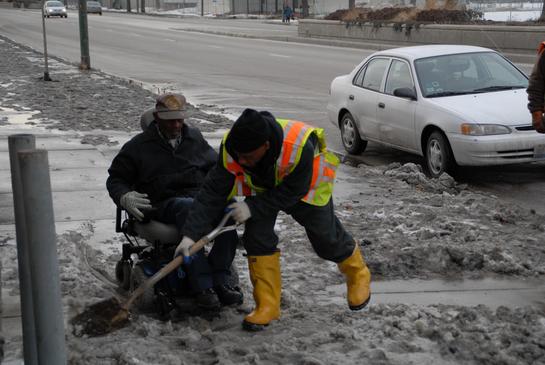 Archie High shows respect for our Chicago elderly citizens. I am glad to see such compassion still exists. Do you think Archie will ever get an award or a thank you for such a honorable act? Archie has worked for the City of Chicago for over thirty years and was never promoted. On another note: three of Mayor Daley’s HDO members, that got city jobs, are suing Chicago. Those HDO guys sure catch on quick, don’t they? Photo by Patrick McDonough.

2 Replies to “Chicago Department of Water Management Serves the Public”