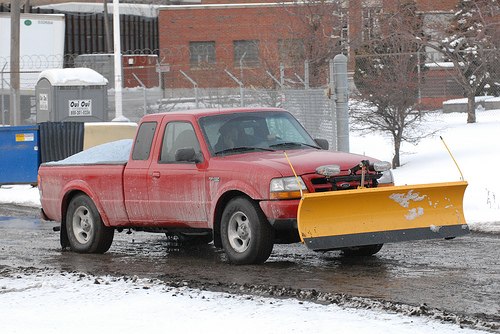 Two pickup trucks went into a Streets and Sanitation Yard and got loaded with Chicago Taxpayer’s Salt. The private trucks were loaded by a large City of Chicago front end loader. None of the men had any City vests, and none of the pickup trucks were from the City of Chicago. None of the trucks had any “M” plates or any lettering on the side of their trucks. Look, this is not rocket science people. I have some more pictures that need to be put in the right hands. These pictures should be sold to the highest bidder. Photo by Chicago Clout’s Inspector General. You got to admire the organization in the Bridgeport’s 11th Ward, these guys are good!!! Patrick McDonough

12 Replies to “Who is Grabbing Taxpayer's Road Salt Mayor Daley?”