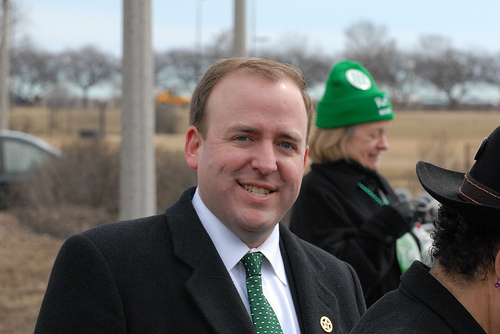 I was happy to see Alderman Bendan Reilly from Chicago’s 42nd Ward. Now that is Irish. I also had a giggle when I saw “Libby” with him. Amazing what you can do when you work together. Photo by Patrick McDonough