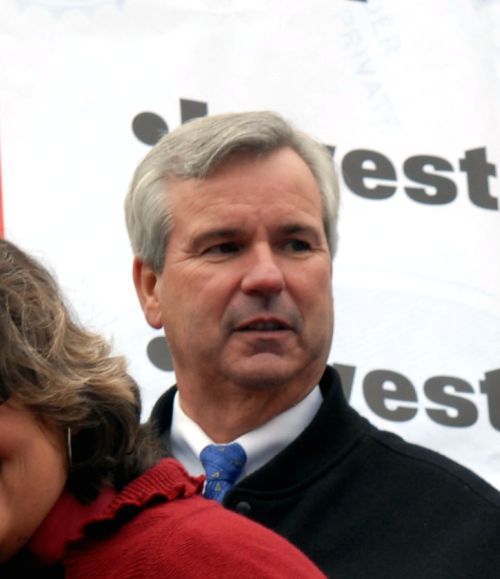 New labor boss will be put in place to continue screwing Chicago Union membership out of dues and benefits. I suggest James Sullivan just to get him out of the Plumber’s Union. Job description for new labor leader, kiss Daley butt. Photo of Dennis Gannon by Patrick McDonough.]]>Chicago labor boss Dennis Gannon quits
'I'm just drained,'
February 4, 2010
By FRAN SPIELMAN City Hall Reporter
Chicago's most powerful labor leader is calling it quits.
Chicago Federation of Labor President Dennis Gannon — who went toe-to-toe with Mayor Daley in the fight against Wal-Mart — has decided not to seek re-election to another four-year term.
Chicago Federation of Labor President Dennis Gannon has decided not to seek re-election.
The federation — which represents more than 300 unions affiliated with the AFL-CIO — will choose a new president in June.
"I'm just drained," Gannon said in an interview with the Chicago Sun-Times this morning. "I'm just tired. Between the politics and the labor stuff and trying to keep people together and making sure labor's issues are front and center — it's just time for somebody else to take the reins."
Gannon, 56, has been with the CFL for 17 years. That includes eight years as president, eight before that as secretary-treasurer and one year as assistant to the president.
"You need to give this job 120 percent every single day," he said. "If you're only giving it 75 or 50 percent, you know it's time to turn it over. I'm at a point in my life where me and [wife] Diane have made this decision. Will I miss things? Sure. But, politically, it's time."
The changing of the guard comes at a difficult time for organized labor. Amid pressure to create jobs and boost city revenues, labor is still trying to fend off a furious push by Wal-Mart to build as many as five Chicago "super-centers" that sell groceries. The CTA is poised to lay off 1,100 employees and impose dramatic service cuts on Sunday, despite Gannon's public plea for CTA unions to make the concessions necessary to avert those layoffs.
Last year, Gannon helped engineer a package of cost-cutting concessions–including furlough days, comp time instead of cash overtime — that helped Mayor Daley avert more than 1,000 layoffs.
But the relationship between Daley and Gannon has hardly been a cozy one. During the battle royal over a big-box minimum-wage ordinance, Daley and Gannon were at loggerheads. At one point, the mayor went so far as to lay Gannon out in an expletive-deleted tirade in front of AFL-CIO President John Sweeney.
Gannon exacted his revenge four months after the mayor used his first-ever veto to kill an ordinance that would have required Wal-Mart and other retailing giants to pay their employees at least $13 an hour in wages and benefits by 2010.
For the first time in the CFL's modern history, in 2007, the powerful organization decided not to endorse an incumbent Chicago mayor for re-election. Union leaders also put up millions to elect a City Council more independent of Daley.
The big-box veto might have been forgiven if it had been labor's only beef with Daley. But it was more like the straw that broke the camel's back.
The bill of particulars also included the mayor's privatization frenzy, hundreds of employee layoffs, the 28-month wait for a new union contract that ultimately denied retirees back paychecks, charter schools and the demand for right-to-work legislation for striking hotel workers.
After the election, Daley and Gannon buried the hatchet in a way that guaranteed labor peace through 2016, when the mayor had hoped Chicago would host the Summer Olympics.
The 10-year contract with 8,000 city tradespeople locked in the prevailing wage paid to their counterparts in private industry. The agreement was subsequently reopened when the city ran up a $500 million-plus shortfall.
Gannon said he met with Daley Friday to inform the mayor of his decision. And despite their sometimes-rocky relationship, he said the mayor wished him well.
"Don't forget — when he ran for states attorney [in 1980], I was with him. I was with him again for mayor the time he lost against Harold" Washington in 1983, Gannon said.
"But, at times, we just seem to find ourselves on different sides of issues I'm not gonna back down from, and he won't back down from."
Gannon is a former steamroller operator for the city of Chicago.
He also collects the largest pension of any retired city employee, though his city pension of $153,649 a year isn't based on the salary he earned as a steamroller. Instead, Gannon used a little-known state law that allows him to have the amount that he gets for his city pension be based on the salary he made as a top union boss.
Even as Gannon collected a city pension based on his Chicago Federation of Labor salary, he was able to continue working for the CFL, which, according to the most recent records available, paid him $215,484 in 2007.
Daley called Gannon "a very good labor leader" who will be "missed" and downplayed their differences.
"Dennis has been a very good labor leader," Daley said. "He started working many, many years ago, worked his way up to it. He was always helpful — not only to labor, but to the city. He'll be missed.
"The media portrays when you have disagreements with someone that there's hatred there — there's not," Daley said.
Then, referring to his wife, he added, "Maggie has disagreements with me all the time — I don't know why the media tries to portray this as you against them or them against you. People are gonna differ with you every day."
Although Gannon routinely stood his ground, Daley said he would miss having a labor leader with the strength to deliver what he promised.
"You have to be able to sit down and work things out," the mayor said. "If you don't, then the issue you're trying to confront will just get bigger and bigger, and it's gonna cost the taxpayers more and more money in the end result."
Contributing: Tim Novak