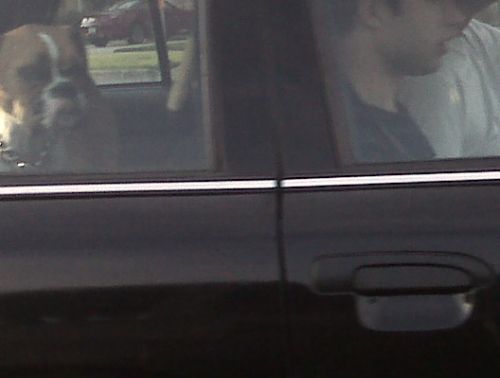 One of the greatest problems in government is perception. People sometimes expect too much from our elected officials. Many governmental administrations are full of friends and family of elected officials that abuse privileges and give the perception of corruption, waste, and mismanagement. Yesterday, I noticed a Municipal Plate on a black crown Victoria. When I pulled up, I noticed a man with his son and a dog jumping around the back seat. This occurred June 11, 2010 at 7:00 p.m. The car was heading east bound on Peterson Avenue; they passed Lincoln and California Avenue. I hope taxpayers are aware this happy family did not need to pay for gas, insurance, and maintenance. I am sure the taxpayers would be on the hook if this family was in an accident. Folks, no one should be in a city vehicle expect a city worker on city business. This is theft and misconduct. Please have the person driving a black Crown Victoria with municipal plate number M 145496 contact us at Chicago Clout for some nice family pictures. Let’s watch what the Chicago Inspector General does with this dude. I would expect Daley to abuse this privilege, not anyone else. Photo by Patrick McDonough

5 Replies to “Let's take a family cruise (with doggy) on the taxpayer's dime.”