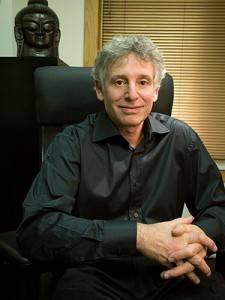 Instead of professional employees managing Chicago workers’ compensation, only Alderman Ed Burke’s handpicked political appointees administer the program. Burke has served as Chairman of the City Council Finance Committee for 31 of his 47 years as alderman. According to Burke’s own bio, he is the man who, “holds the city’s purse strings and is responsible for all legislative matters pertaining to the city’s finances, including municipal bonds, taxes and revenue matters.” The problem with Burke’s aforementioned statement is that Burke is using more than city council legislation to oversee workers’ compensation. Burke’s patronage workers administer the entire workers’ comp program. Furthermore, given Chicago’s dire financial problems, if I were Burke I would not brag about controlling the city’s purse strings for 31 years!

Municipal Code Section 2-152-430 states, “The bureau of workmen’s compensation shall be composed of such persons as may be designated or appointed by the chairman of the committee on finance.” Finance Chairman Burke let’s his website readers know that the Chicago municipal code gives him sole authority to administer the workers’ compensation program, but Burke doesn’t tell his readers that an antiquated law wrongfully entitles him to become the workers’ compensation czar. Currently Burke is the only person allowed to approve or disapprove disability pay and medical expense payments for city employees.

There is a zero chance of Burke hiring professional workers’ compensation employees to optimally manage Chicago’s $100 million a year workers’ compensation program. Burke’s handpick employees are mainly political insiders, or they have close ties to political insiders. Burke is an old school, “We Don’t Want Nobody, Nobody Sent” politician. Burke selects employees for his staff on the basis of their political clout or political bloodlines, not on their professional qualifications.

Burke hiring and firing his staff for political reasons is all seemingly legit because the salaries of workers’ compensation employees are funneled through Burke’s finance committee. There is no debate here. Aldermanic and city council committee staff are Shakman exempt employees. However, there are legal questions about the municipal code that need answers: Does Chicago municipal code 2-152-430 that provides Burke with the authority to hire workers’ compensation employees circumvent and violate the Shakman Decrees that the City of Chicago and plaintiff Michael Shakman agreed to in federal court? Do the municipal codes 2-152-430 , 2-152-440, and 2-152-450 violate the venerated separation of powers principle for which all local, state, and federal follow?

This won’t be the first time public officials were caught for improper Shakman exempt job classification for government positions. The Illinois Department of Transportation (IDOT) wrongfully classified hundreds of jobs as “staff assistants” so that politicians could fill staff assistant jobs with political appointees. The improperly classified staff assistants did little or no work related to their staff assistant’s job title and job description. Because of IDOT’s wrongful job classifications, both Governor Rod Blagojevich and Governor Pat Quinn hired politically connected job seekers for IDOT staff assistants regardless of the job seekers’ qualifications or abilities. The Chicago municipal code has allowed Burke to do the same. Chicago municipal code has turned obvious Shakman non-exempt jobs into Shakman exempt jobs by improperly budgeting workers’ compensation for a legislative committee instead of the city’s executive branch of government. Other than policy making positions, the type or nature of workers’ compensation employees work is that of Shakman non-exempt duties. And Burke’s workers’ compensation employees have little or nothing to do with financial legislation that Burke’s committee handles. Since the code requires the city council finance chairman to select the workers’ compensation staff, Burke assumed he was free to hire employees as his handpick political hacks. The archaic municipal code stopped the city’s Human Resources Department from hiring the most qualified and abled employees from managing Chicago’s workers’ comp. Chicago’s municipal code permitting Burke’s finance committee to circumvent Shakman is not about finding a successful loophole to avoid Shakman, rather it’s about the municipal code and Burke’s blatant and wanton violation of Shakman and separation of powers.

Alderman Burke is a legislator whose job is to write, amend and repeal city ordinances. The workers’ compensation program belongs in the executive branch of government as it is with every major city except Chicago. As a legislator, Burke is not entitled to run a City of Chicago bureau, department, or division as he is doing. Because Alderman Burke is fulfilling the executive branch’s duties and responsibilities, he is violating the separation of powers principle that all city, state and federal governments follow. As a legislator Alderman Burke should only be allowed to check and balance workers’ compensation through the budgeting process, committee hearings, and city ordinances.