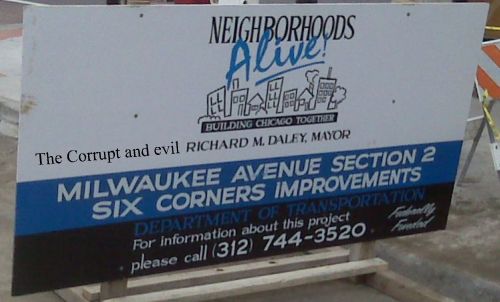 I hope all the city workers during this difficult time can reach into their pocket and support David Hoffman in his bid for U.S. Senate. Please click here and help, http://www.hoffmanforillinois.com/ I met David Hoffman when three city workers spoke in front of the Federal judge regarding our mistrust of Chicago to implement fair hiring. It was Bruce Randazzo, Frank Anton, and I that told the judge the city is not to be trusted. I also asked the Federal Judge if the City of Chicago would provide the Office of the Inspector General with additional funding. David Hoffman enjoyed that request. I am going to make a contribution to David Hoffman and I hope everyone can dig in and help. Let’s reward people that respect the taxpayers. My bone to pick with the Office of the Inspector General is the taking of furlough days; I want a complete independent Inspector General in Chicago. Crime takes no day off in Chicago, neither should the Inspector General. Chicago Clout has some unfinished business with the I.G.; I hope these concerns are still a priority. Good luck, Mr. Hoffman. Patrick McDonough