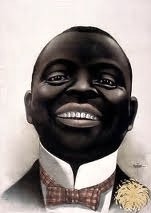 The Chicago Sun-Times has been in a Rahm Emanuel stupor for far too long. The Chicago Sun-Times has been outrageous in its blatant support of Rahm Emanuel for mayor of Chicago. I have watched the newspaper threaten appellate court judges and press the Rahm agenda. They forget they have a duty to inform the public. The public was never informed of the real technicalities in the Rahm Residency case, selling the ignorant on making the case "let the public decide". The newspapers have not given a fair chance to the public sponsoring the debates we all need. The Sun-Times endorsed a candidate in the 48Th Ward without giving a single compelling reason. Today, I got a phone call from a Sun-Times writer, Stefano Esposito. He asked me, 'What about my lack of vision for the 48Th Ward"? He asked that before asking my vision for the 48Th Ward. The Sun-Times and I go back for over a decade, I assisted in many stories. I kept away from the Sun-Times because of possible ethic violations. I am a member of a professional journalistic society. The Sun-Times has blown any credibility in Aldermanic races and the 48Th Ward with splendor. Their choice in the 36Th Ward is a farce. I think the Sun-Times is trying to sell the snow job on the 48Th. The Sun-Times should demand debates in all wards.

Why the Rahm Emanuel verdict shows the insane Chicago media bias. I called an old pal at the Chicago Sun-Times and I started to explain my point of view on the Supreme Court decision allowing Rahm Emanuel to run for Mayor of Chicago. From the very beginning, I was attempting to put the rule of law, as enforced by the City of Chicago, on the record. There is no doubt in my mind; the hearing judge knew what I was up to. In fact, after I requested some witnesses into evidence, even Bert Odelson reversed his position. The City of Chicago and the State of Illinois has made a political decision from the very beginning to allow Rahm on the ballot despite rules to the contrary. The reversal of the State board of Appeals leaves me with absolutely no doubt in my mind as to the sickness of the judicial system. The Chicago media wants Rahm law or no law. They posted the names of the Appellate judges and ridiculed them right after the Appellate ruling. The Media demanded the Illinois Supreme Court to rule immediately. There is an obvious sickness after decades of hiring political hacks and handymen to become Illinois judges. People I have helped in their quest to reclaim their jobs, when accused of residency violations, called me no stop today. Despite my years of fighting residency laws, I never got traction before or after this Rahm farce. The Chicago Media is sick and diseased. They forgot their job was to report the news in a balanced manner. The Chicago Newspapers might never care about the City workers, some with cancer that lost their residency cases. The Chicago Media will not talk about the other folks kicked off the ballot for trivial items. From day one of the Rahm Emanuel hearing, I stated the way the system favors the wealthy. I am going to watch the Chicago media and see if the guys I sent to them are going to get any press, see if they go to bat for "the little guy". They will not. I will not tell you some of the tactics a Chicago news station was going to use to sway public opinion with Rahm, it was low. But if you wonder why a little guy like me can make some noise on the internet, there is a reason, and the Chicago media has not passed the smell test. Just for the record, a reporter has accused the Sun-Times (Tim Novak) of stealing a story from him on the Inspectors still on the payroll. For the record, the first reporter to have the story was Fran Spielman of the Chicago Sun-times and the Office of the Inspector General. The story originated from a fired Building Department employee. The former employee and I were videotaping the Building Department a long time ago. The Reader was not correct on this story. Our video footage and our pictures are time stamped. This was a Sun-times story.
Obama called Rahm after the decision, did you ever wonder why? Good night, Patrick McDonough