The Rahm Emanuel Administration in Chicago has been making some progress moving Chicago in the right direction. Richard Daley and the Irish Hillbillies from the 11Th Ward have looted Chicago to bankruptcy. Along the miserable ride of the Daley Administration was the horrible screeching, bellowing, and barking of the Shannon Rovers. The Shannon Rovers are a bunch of wild men and women giving Irish music a bad name. I hope to never hear these ear ache makers again. The Shannon Rovers are out and the Tel Aviv Troubadours are in. The Tel Aviv Troubadours play some of the most beautiful music known to mankind. The musicians are classically trained in the finest Universities in the United States. We are looking for some back-up players in case we have a gig at the Chicago Symphony of the New York Philharmonic. Please contact us at Chicago Clout to be part of the best band in Chicago! Patrick McDonough.

Rahm Emanuel released a list of all the current employees on the public dole. I guess Rahm wants to make an impression he is trying to change things. Several names are missing. I noticed some names on workman’s compensation not listed. See list
http://data.cityofchicago.org/Government/Current-Employee-Names-Salaries-and-Position-Title/r3km-swf6? Rahm tells us he is for change but he knows he must play ball. Rahm is quietly putting another couple of million dollars of payroll and political payback on the backs of taxpayers at the Department of Water Management. Rahm forgot to list some former Alderman’s kid’s raises and all the new mystery employees Daley packed on last year. Rahm is keeping these big rollers despite claiming cutbacks. For starters, union office workers were tossed out of water department satellite offices and the workers were replaced by Laborer 1092 ditchdiggers to handle office chores. I do not think the Chicago Taxpayers want to pay someone $35.10 an hour for data entry. I do not think politically connected laborers should enjoy air-conditioned offices to answer phones. More stunning is the attempted hire of an additional 10 Plumber’s Local 130 members at $44.00 per hour. Plumbers are at an easy $100,000.00 per year. A raise is due very soon. Rahm knew when he got in bed with Plumber’s Local he would need to step to the plate and pony up jobs. A large percentage of the dues Plumbers pay is filtered back to politicians. Many of these Plumbers sit in an air-conditioned office all day and do relatively few chores. One example is former Alderman’s son Paul Hansen, making a whopping $107,000.00 thousand answering phone calls and data entry. Paul Hansen was just promoted despite formal complaints to the Office of the Inspector General and the Shakman Monitor. The position of Superintendent was not filled for many years with great savings and success. It looks like the Office of the Inspector General is just another tool of the Mayor’s office. The Commissioners on a routine basis shut down investigations, rendering the OIG a waste of taxpayers’ money. The Laborers Union was rewarded for support to Rahm Emanuel by the addition of at least another 10 construction laborers paid to inspect the same holes in the street day after day. In fact, construction laborers drive air-conditioned pick-up trucks doing very little wasting precious gas. It is all an act, the public think work is being done. These workers were hired to repair and install sewers, not drive around and look at them. The only major improvement was the General Superintendent that enforced work rules. Workers were busted for sleeping on the job because the Office of the Inspector General was a no show. This was again covered up and the taxpayers got screwed. I suggest the millions of wasted money are invested in new investigators at the Office of the Inspector General. But we must immediately stop commissioners overstepping OIG rulings and tell the OIG not to recommend every violation a termination. Patrick McDonough.

Many of us know Rahm Emanuel is Jewish, during the campaign the schizoid press was looking for any hint of anti-Jewish sediment. In fact, when Rahm was in his residency challenge at the Board of Elections, one press outlet was attempting to sell me on the idea someone was making anti-Jewish comments. Now the press will not shut up that Rahm is Jewish. Rahm is a Jewish Mayor, etc. Chicago elected Rahm as the next Mayor of Chicago because we do not care Rahm is Jewish. Now it going to get shoved down our throats he is Jewish. Please stop doing that. Good luck Rahm Emanuel, that dumb Catholic Mayor Daley left you a dirty diaper. Patrick McDonoberg.

This is a picture of Rahm Emanuel’s property in Chicago. The address is 4228 North Hermitage. Jeffrey Joseph Black stands across the street from Rahm Emanuel’s rental property. Today, I prepared a long overdue story on clout and privilege in Chicago. Jeff was Emanuel Objector NO. 11. I, Patrick McDonough was Emanuel Objector NO. 007 in the Rahm Emanuel Board of Elections Hearing. I asked Jeff if he would allow me to video his interpretation of a story I kept for a long time. I am a licensed Plumber and evidence Rahm Emanuel produced during hearing opened a large can of worms for the mayoral candidate. I hope the Office of the Inspector General might take a second look at a Chicago Plumbing Inspector that squirmed off the hook in Operation Crooked Code. He worked under an indicted and convicted Plumbing Supervisor. I am not telling this story to pick on any one candidate; I will post another story on another candidate that is worse. I thank everyone for their assistance. I will have a video very soon. Photo by Patrick McDonough

The Office of the Inspector General and the Shakman Monitor were answering the phone again as employees' ramp up the allegations of fraud and misconduct. Several current employees complain the old warriors of Rahm Emanuel's congressional race were looking and receiving promotions like there is no tomorrow. In the days of old, people knew the promotions would go to certain workers, but the reward was overtime. Now, the campaign workers want the promotions because the O.T. is a thing of the past. At Chicago Clout we reported Daley's contractor pals are raking in the cash which could funnel loot into Rahm's campaign. In fact, Chicago Clout has received complaints from City contractors about phone calls recommending a donation to the mayoral campaign. "You like how things are going now", said the caller. In the January 2011 pay envelope, employees were given the notice from the Shakman Monitor. I again remind the City workers to call and get things on the record. I want everyone to know, nothing has changed for the better at the City of Chicago. The Chicago Taxpayers are on the hook for millions more in lawsuits. I have a feeling if we vote for Rahm, we will have a Daley incarnate. Patrick McDonough (Shakman Monitor Phone number 1-312-422-0001

Have a Happy New Year all my friends that like Chicago Clout. Please enjoy this New Year and I hope you help clean up Chicago! Mayor Daley leaves a big dirty diaper. Photo by Patrick McDonough 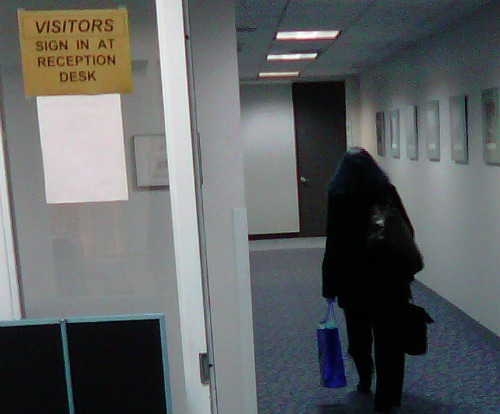 December 23, 2010 Rahm Emanuel will be kept on the ballot. Marisel A. Hernandez, Commissioner of the Board of Elections left work early after the Rahm Emanuael results loaded down with bags full of gifts. It looked like Christmas gifts. It must be great to just “go along to get along” in Chicago politics. All she did was sign her name and collect the gifts like a good, loyal girl. Photo by Patrick McDonough.

Rahm Emanuel had a very long day at the Chicago Board of Elections. Attorney Russ Stewart did an amazing job on behalf of Patrick McDonough of Chicago Clout, objector. The Chicago Media has made Rahm Emanuel the chosen one. It is not the way it is to go after having a nut case like Daley for the last twenty years. Photo by Patrick McDonough