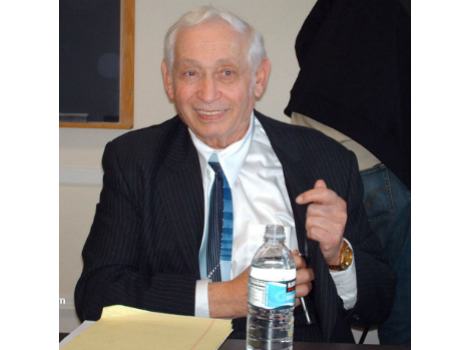 Alderman Bernie Stone is long time Chicago Alderman, and as a result has got clout. Prior to meeting Bernie Stone, I was not impressed with his views regarding Mayor Daley. I do not think Bernie comprehends the power Daley took away from Chicago Alderman. Alderman have too little power to interfere on behalf of a city worker. Bernie and I agree on this. Also although Bernie is against “Big Box”, I was happy to see him drinking “Kirkland Brand” bottled water. Kirkland is a Costco brand name. Costco is more worker friendly than Walmart or Target. Costco pays a fair wage and is pro-union. During the class Tom Roeser and I had a good verbal assault with Bernie, Tom gave me a great lead-in shot with his “Hired Truck Scandal” question, but I did not bite, sorry Tom. My main impression with Bernie is he just want to get along with Daley and after 30 years as Alderman he is just tired. But, Bernie is as sharp as a whip, I just do not agree with his views on many issues such as TIF’s and Daley’s performance as mayor. I think term limits are needed in Chicago because we need fresh blood in Chicago Council. Photo by Patrick McDonough with Tony Joyce’s camera.