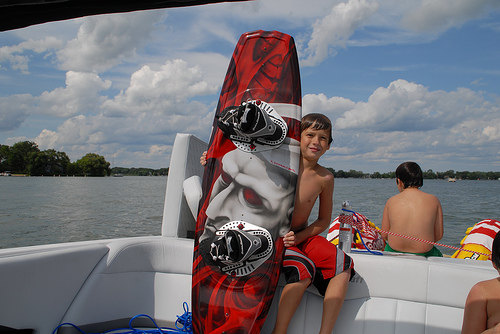 Last Sunday, I had a great time with Patrick, David, and Michael McDonough, my three sons. It was a boys time with Dad. Patrick is training with his Gator Board Wake-board. I received a call from a trusted friend and advisor. I have a feeling there will be less time for fun coming up soon. Photo by Patrick McDonough.

12 Replies to “Last Sunday was a slice of Heaven”