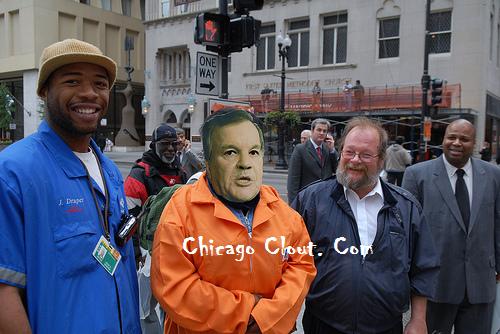 Mayor Daley was walked downtown Chicago, in a humiliating display on October 16, 2007. Daley was walked in handcuffs and dressed in Department of Corrections jumpsuit to the Old Inspector Generals Office, the Department of Human Resources, the Richard J. Daley Center, and various downtown buildings to jog his memory on the many crimes he has committed against the Citizens of Chicago. Many people were laughing hysterically. Some people were aghast in horror at the thought of Mayor “Gravy Train” Daley taken away in handcuffs. I could not believe this Mayor Daley could be brought to justice. Photo by Patrick McDonough.

Patrick J. Levar is currently serving his sixth full four-Year term as Alderman of the 45th’ Ward in the City of Chicago. As Alderman, he also is Chairman of the City Council Aviation Committee which has responsibility for the oversight of Chicago’s Airport System, including O’Hare International Airport, and Midway “This is From Levar’s website. “I know nothing”. Patrick McDonough

When are we going to start reviewing the contracts for Unarmed Security Guards? Or the portable dumpsters, or the lease contracts? So much corruption, clout, and crime in Chicago, Mayor Daley. I give Daley and his hoodlums credit, they protect their master. Make sure you click below as Fran Spielman and Tim Novak continue to scratch the surface of Daley’s corrupt empire. I have a feeling more missing taxpayer’s loot will show up soon. Patrick McDonough.

Watch this video, click here, http://video.google.com/videoplay?docid=-3763529248817876477 After, read this about a Chicago Teamster official start trouble on Chicago Department of Water Management property, at 3901 South Ashland. Who let these people that are not Chicago Department of Water Management employees on City Property? Read what was sent to me today. Members Only Slate are scaring these tough Guys, were they this tough with the Mayor Daley’s Hired Truck Contractors? How come I am always present when the fights begin? Enjoy, Patrick McDonough 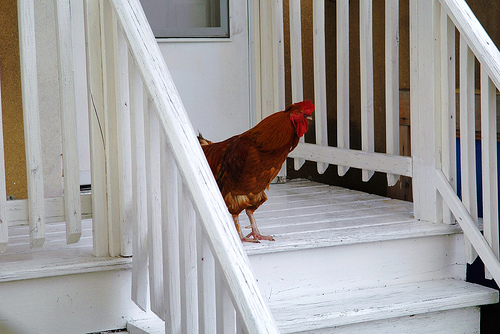 Cock-a-doodle-do Mayor Daley. Many of Chicago’s Hispanic community have live Roosters in the back yard. They provide a warning if strangers are lurking. Also in the morning these birds provide a wake-up call. These are egg-cellent birds. Mayor Daley is cracked. This possible new law leaves egg on the Mayor’s face. Daley is scrambling for answers on this. I could go on and on, but Chicago has a Budget Crisis and all the billions of dollars made on Chicago assets like the Chicago Skyway is now gone. Read more on this story click below. Thanks Fran Spielman. Photo by Patrick McDonough 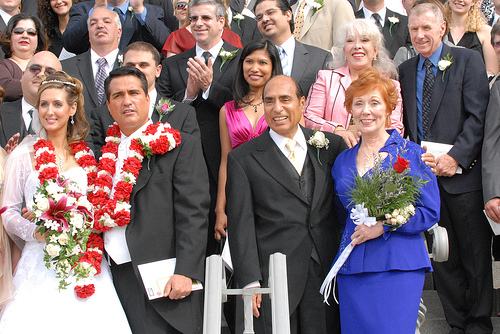 Say what you want, but the Avila men sure know how to pick the pretty ladies. Final congratulations to Frank and Rachel Avila on a splendid Wedding. I hope Commissioner and Sherry Avila know how proud everyone was. During the wedding Commissioner Avila was moved, he loves his son dearly. Photo by Patrick McDonough. 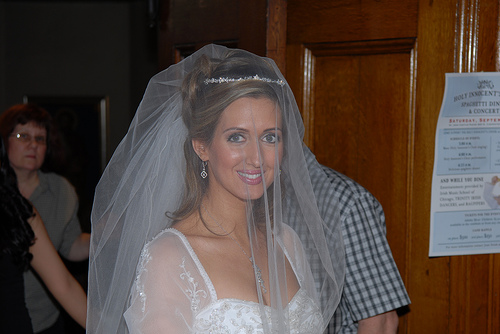 The is a picture of Rachel Avila just before she married Frank Avila. She looked stunning and very happy. I will always remember this wedding. Photo by Patrick McDonough 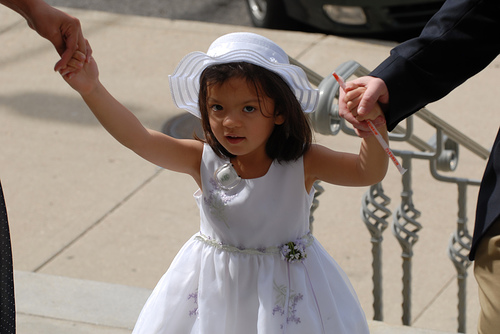 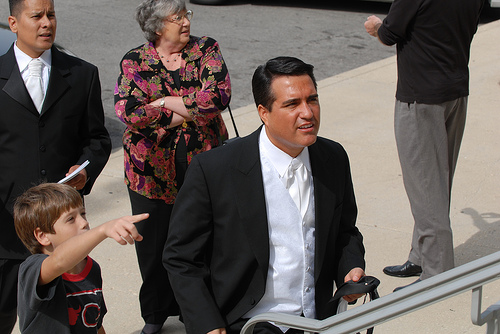 This is a picture of a young man showing the Groom the directions to his wedding. Frank Avila looked great that day and did not seem nervous. I guess that is because of his military training as Captain of the U.S. Army. Frank is the son of Commissioner Frank Avila Sr. of the Water Reclamation District. Frank overcame health issues just prior to the wedding. Photo by Patrick McDonough.