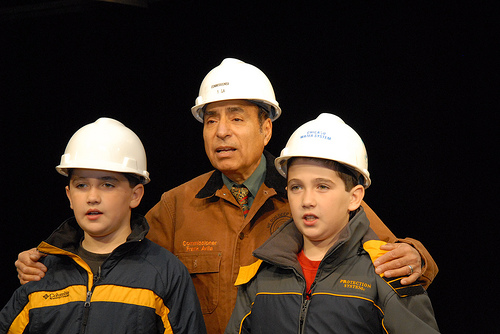 Commissioner Frank Avila is on the Metropolitan Water Reclamation District. He was elected to this post in 2002. On December 14, 2007, Commissioner Frank Avila will host a show to inform children on what happens to water after it comes out of a faucet. My sons helped Commissioner Avila tape some Public Service Announcements (PBAs) last week. I cannot wait for this children’s show to broadcast, if you have some children that would like to be on the show, please contact me asap. You might have a star for a child. Pictured with the Commissioner is Michael McDonough on the left and David McDonough on the right. Photo by Patrick McDonough