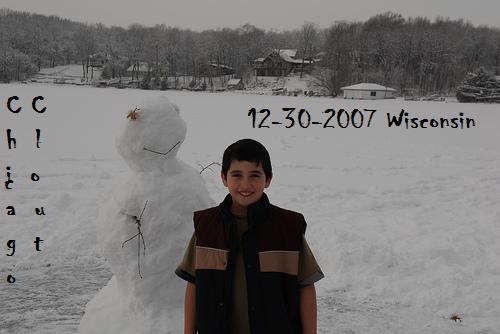 My son David McDonough was walking on the lake today and his old buddy and pal Frosty the Snowman posed for a picture. It was very foggy up north and I was able to take some spectacular pictures. I enjoy time with my children. In a few short months, Frosty with be near to help keep “Deep Water” floating. I really enjoy Wisconsin in the winter. Could someone please tell me when Moy’s Chinese Restaurant will be finished? I hope everyone has a Happy Holiday, Merry Christmas, and a Happy New Year. 2008 should be a splendid year. Photo by Patrick McDonough.