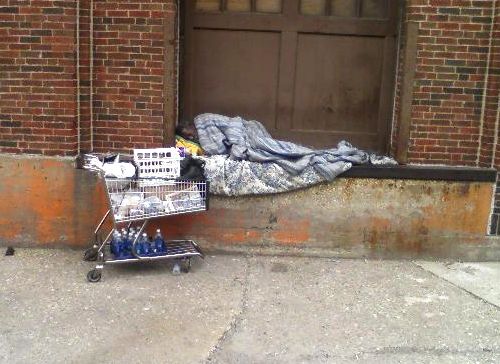 You can knock Mayor Richard and Maggie Daley for never being at work helping the citizens in times of crisis, but what is the point. This lazy Negro was sleeping in an alley and forgot to board the plane with the famous couple. Many people are losing their homes, and Mayor Daley takes vacation after vacation. Sneed is very close to the Daley family and provides snippets of planted information for the public to gobble up and enjoy. The Pritizkers are going to pick up the tab again. Someone tell Mayor Daley to stop being a sponge and pay his own way. It’s hush-hush, but Sneed hears Mayor Daley and wife, Maggie, are heading into Russian territory on a vacation next week. • • Translation: Word is Chicago’s first couple will be traveling to the Black Sea, which is bordered by the Republic of Georgia — whose invasion was ordered by Prime Minister Vladimir Putin. The Daleys will be accompanied on their week-long trip by one of the city’s premier philanthropists, Cindy Pritzker. Cindy Pritzker is the spitting image of Maggie Daley and they could pass for sisters. I hope you know me and my friend pictured will stay in Chicago for a good night’s sleep. Photo by Patrick McDonough