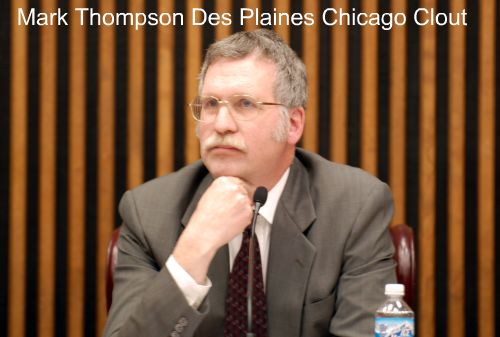 When I went to the Des Plaines Mayoral Debates hosted by the Des Plaines Journal and Topic Newspapers, I was hoping to hear some fireworks from Mark Thompson. Mark has been in the local newspapers for decades. He has a clean record and I was surprised at some of the comments lobbed to him by candidates that were also Republicans. Mark should have put Marty Moylan in check for the many issues Des Plaines residents are questioning. Mark, as a lawyer, and a leader in the Republican Party, should have light the way to troubling ethical issues. Mark did not dial in Moylan who is lacking experience to remove the City of Chicago out of Des Plaines future. My sources are telling me Daley is preparing to muscle into this town and property around the airport might be acquired. Mark was difficult to get a hold of today, which is not good. Mark should have his own pot of gold for this campaign to wage war. I like Mark Thompson and always will, he is a great party line guy. But Mark, take out the guns and start shooting, protect your party. Photo by Patrick McDonough