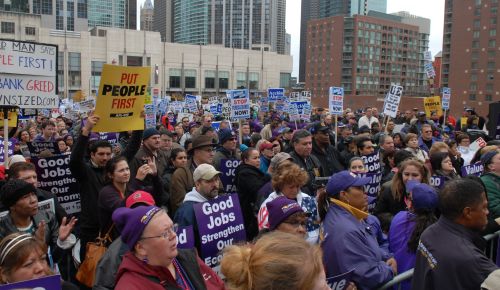 One Reply to “There was a large crown protesting the banks abuse of American Citizens in Chicago.”