The Green Bay Packers were blessed with Steven Andre Collier. Steve was a former Whitney Young High School Football Hero and went on to college before entering Professional Football. Today I enjoyed a conversation with the 6’7″ 342 pound former Offensive tackle. After Steve left the NFL, he ended up with a job with the Chicago Department of Water Management as a Hoisting Engineer. Steve was very happy in the position and never had any desire for a promotion.
While at work on August 21, 2006, Steve was driving a city backhoe and struck a large pothole. He felt numb and went home early. He went to a hospital later and the emergency room could not find anything wrong. Steve returned to work and was sent to the Chicago “City Doctor”. After, Steve went to his primary doctor, was ordered into a hospital, and was diagnosed with M.S. (Transverse Myelitis) on August 30, 2006. When Steve got out of the hospital, he gave all the medical forms to Superintendent Breslan and John Zander. According to Steve, Zander said he never got the forms. Mr. Collier went to see employee relations on September 11, 2006, to go on family leave. Maureen Egan “did not believe Steve and told him to get a real medical form”, according to Steve. Steve was handed a letter dated September 13, 2006, on the same day, (September 11, 2006), notifying him of his termination. While trying to resolve his situation with Maureen Egan, Steve’s time passed to file an appeal with the Personnel Board. This issue is in Federal Court in an EEOC Federal Lawsuit. I think Steve might need to have Mike Ditka and Frank Avila handle this matter instead. On a personal thought, I think the Chicago Taxpayers would have been best treated if Steve Collier and John Zander settled this on the Football Field. It is a real shame that Danny Davis wrote a letter and Steve is in the same boat. I am tempted to do a T.V. show about this man, just stuck in limbo. Photo by Patrick McDonough.

USA V. SANTOS exonerating evidence turned Into the US Attorney. A post trial review of USA V. SANTOS has established her innocence on all 12 counts.. It includes written material that was illegally withheld by the City of Chicago, which were the time sheets of Laura Gonzalez from June, 1998 — which reveal that Ms. Gonzalez didn’t clock in to work and that she couldn’t have been doing political work on city time. The report, with related attachments, was prepared under the Illinois Whistle-blower Reward and Protection Act and the Federal False Claims Act by Mr. Victor M. Crown — who first began an investigation into the Santos case in 2003. I assure you my friends are pit-bulls and want to get to the truth. More on this soon. It is at a complex stage legally. Patrick McDonough

James LoVerde left after 44 years and 10 months of professional service. Last Friday, James seemed to enjoy all the love the many employees have for James LoVerde. The Central District is now run by Tim Kavanaugh the man pictured on the left. I hope every employee helps this man every way to make this challenging transition. The Central Water District is the one that will make you, or break you. Patrick McDonough,

Please read this article by Mark Brown. Click here: http://www.suntimes.com/news/brown/450375,CST-NWS-brown01.article Mark Brown has been a little lax on City Hall, I hope he follows up on more of Mayor Daley’s 11th Ward criminal tricks. Thanks again to Chicago Clout’s South Side Inspector General. Patrick McDonough, 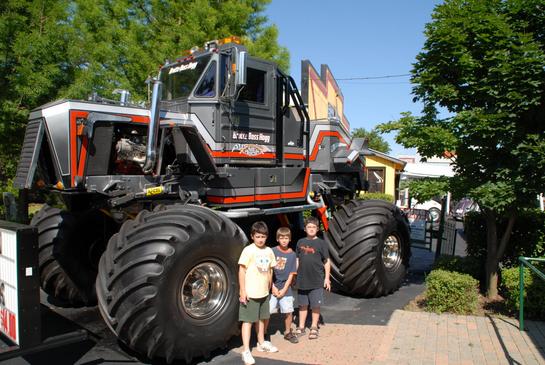 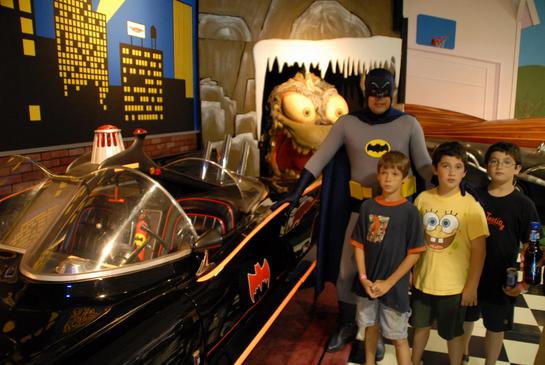 I hope you spend time with your children and not waste your time gambling. Batman is very nice and a fellow crime fighter. Photo by Patrick McDonough.

George Barris has a gift from God to design cars. Thanks for allowing my kids in the photo. Patrick McDonough.

Please visit this web site, click here: http://www.barris.com/ The most famous cars in the world are designed and built by George Barris. Photo by Patrick McDonough